July 23, 2014
Interiors, Kitchen, The Ideal Room
If we could build the perfect room from scratch, what would it look like? What features would it contain? Let’s have ourselves a little daydream…

One of my newest clients is a woman who has just downsized from a very large home to a moderately-sized townhouse. As we’ve been working to move her and her belongings into the new space, she’s been apt to remind me of the vast quarters she occupied previously; where before she had this many closets, she now has this many (less). Where before she had this many beds, now she has only this many (less). Which isn’t to say that the old way was better–on the contrary, she is exceptionally thrilled to be streamlining her stuff and her space.

It was with some hint of remorse, however, that she and her mom told me about her old kitchen–a proper chef’s kitchen it was! Pull-out this and custom that and fridges for everything. It even had one of those pot filler faucets! Her mom informed me.

Pot filler faucets I thought. Hello (lightbulb moment and such). You know, those really are a feature to call out. Why haven’t I given them any attention in the past? 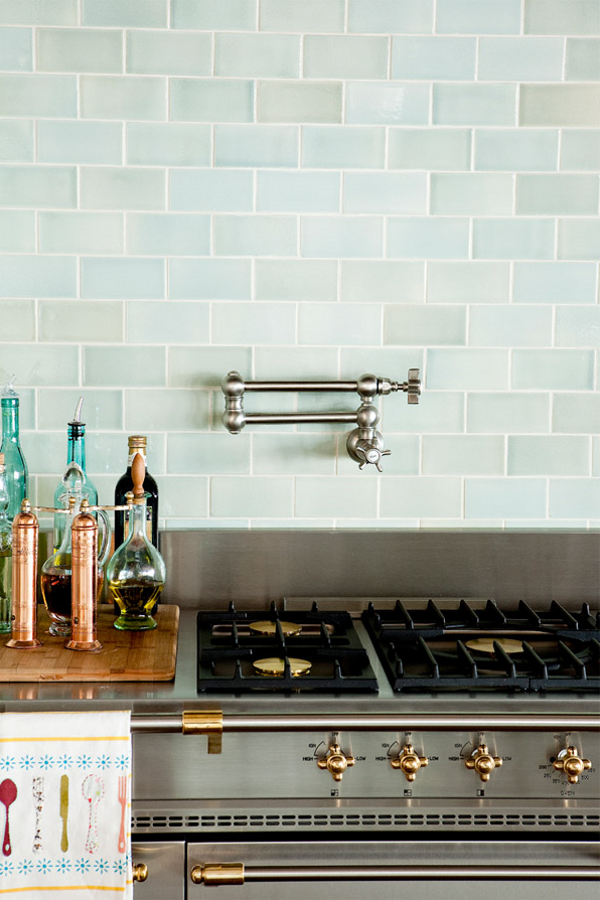 I do believe my neglecting the subject of the stove-adjacent h20 spout had very much to do with the fact that I had never considered them in practice. I mean I had never pictured them actually being used. Sheltered life I lead and all. The moment my client mentioned hers, the realization hit–those things weren’t just misplaced, naked pipes, after all, but totally utilitarian cooking tools!

The more I thought about pot filler faucets (I actually did, does that worry us?) the more enamored I became.

Full-on, if I were designing a kitchen today I’d say, “It’s got to have that stove spout, let’s get that straight right now Johnny and you just hush over there Blandings” or whatever. 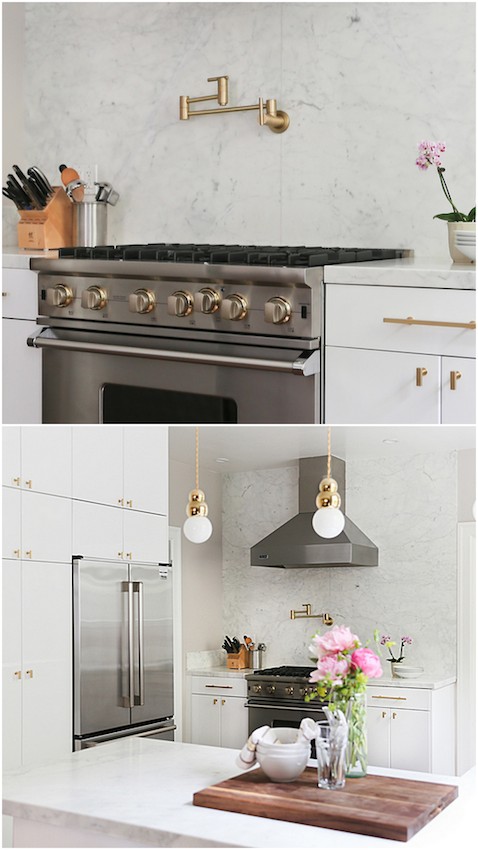 Think of all the trips you’ve made in your life from stove to sink and back again, carrying canisters of water filled to the brim that inevitably slosh onto the floor, or carrying under-filled measures of water instead, depriving your recipes of the proper moisture.

Think of the unwieldy soup pots you’ve lugged across kitchen floors– sure, they might have done your triceps a load of good, but did that mean dinner was on the table any faster? Did it?

Think of the headaches you might have avoided had you been spared the perpetual “should I carry the pot to the sink or make seven trips from the sink to the stove with the cup?” (Which almost always ends in believing you chose the dumbest option between the two, mind two. Doesn’t matter which you choose.) 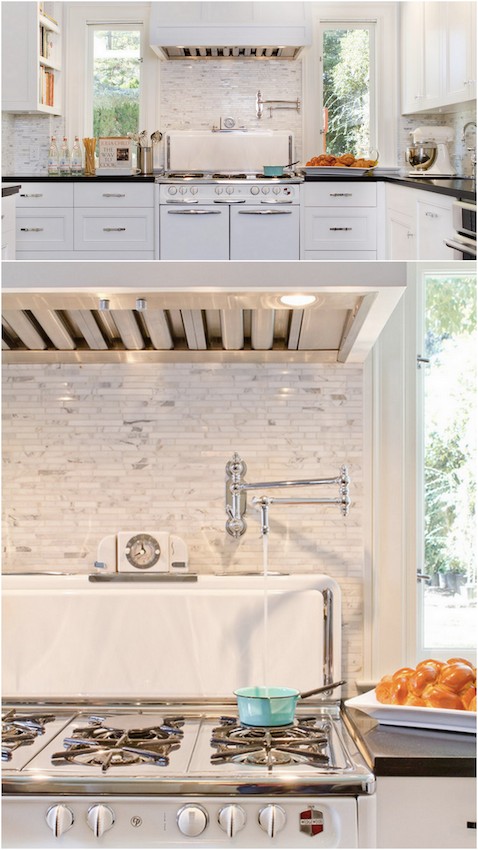 My client’s home is going to be the epitome of Live Simply when I’m through with it, and I still can’t help feeling like it would be that little bit more so if only it had a pot filler faucet.