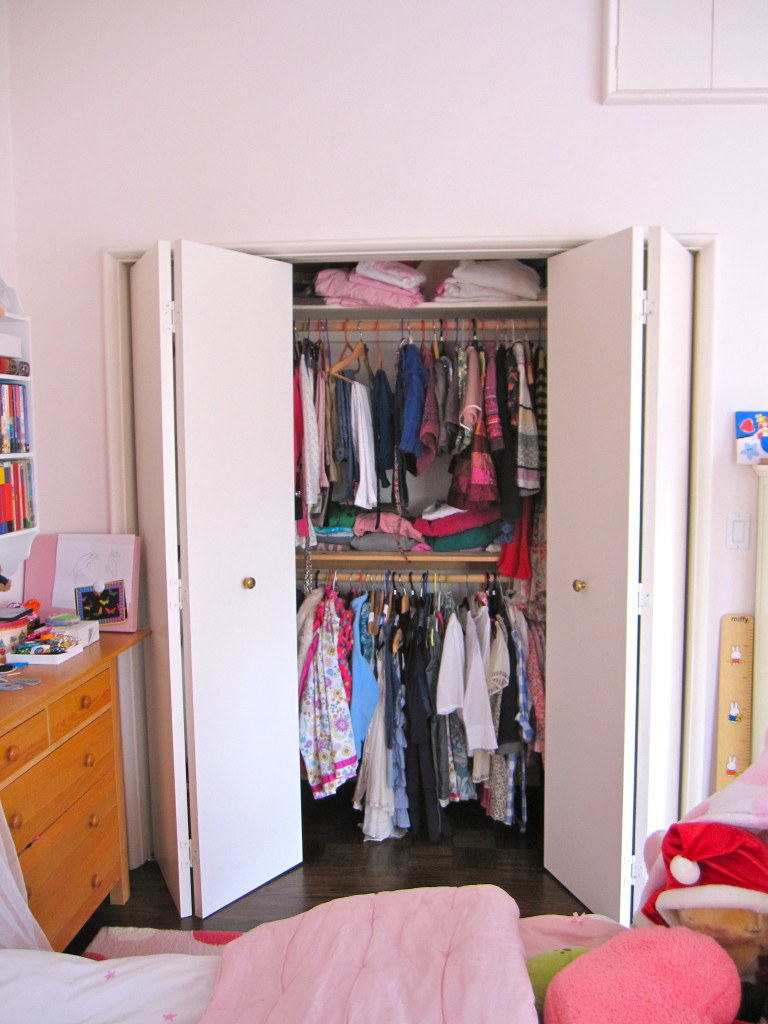 The state: not all together tragic, but certainly in need of some purposeful systemization (that’s fancy organizer talk). 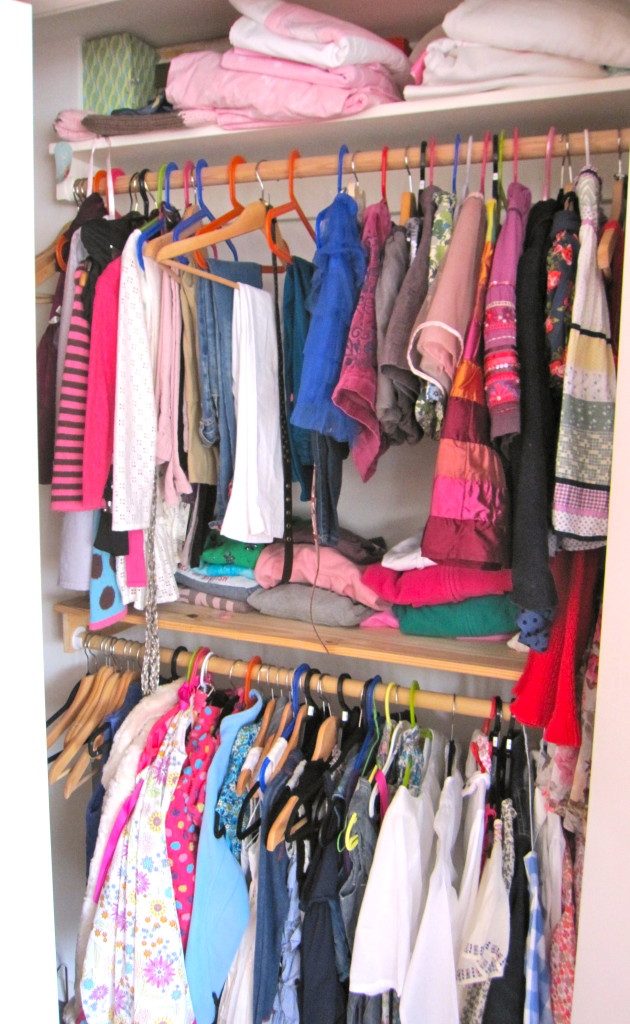 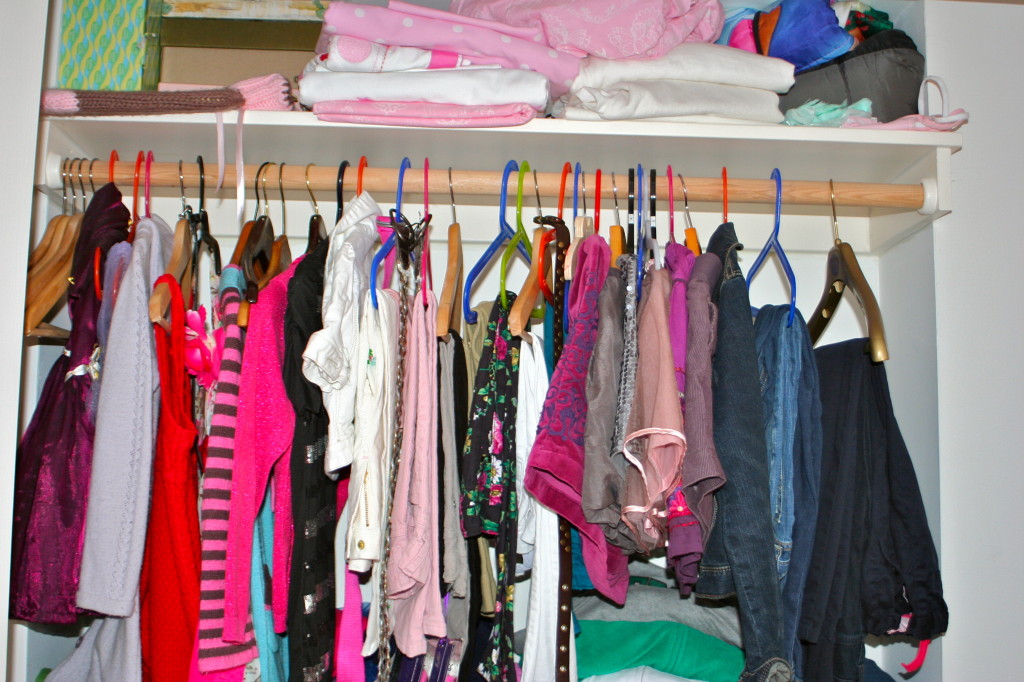 The hangers. Oh, but the hangers. The fastest way to have a closet appear cluttered is to have a hodge-podge of hangers happening and if I’ve said it once I will say it three hundred more times until it permeates the interior of your (that’s a collective “your”) brains–issue 2.

Three goes to the shelf situated underneath the highest hanging rack which trickingly says “I’m a shelf, look at me. Put things on me, it’ll work.” If shelves had pants they would be ablaze. 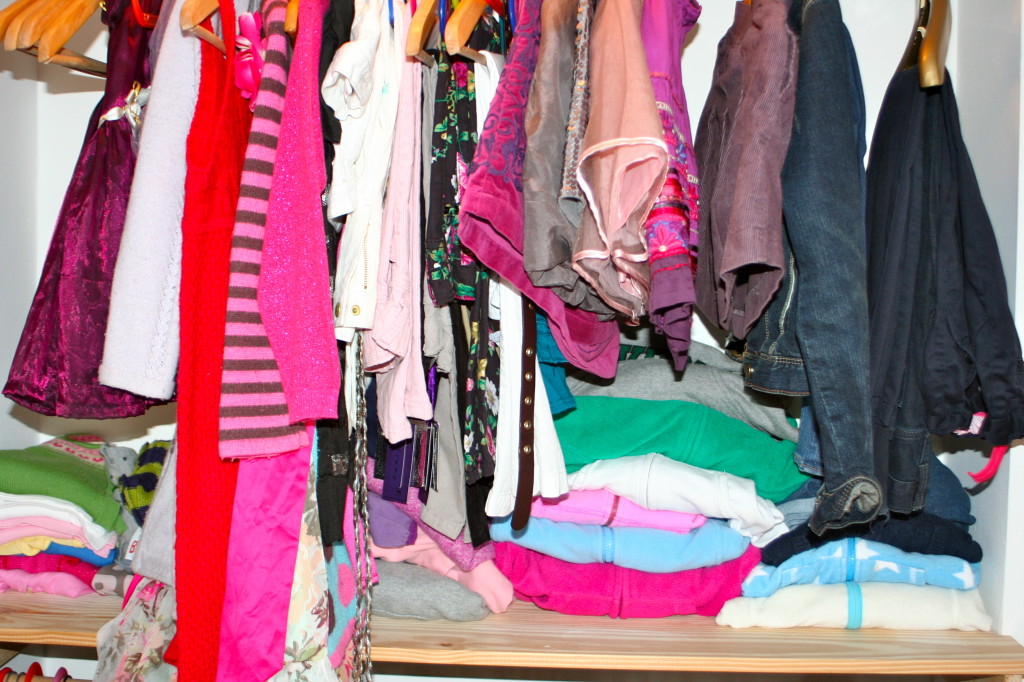 And issue 4, the fact that the longest garments were hanging on the lower rack, prohibiting any functional use of floor space. 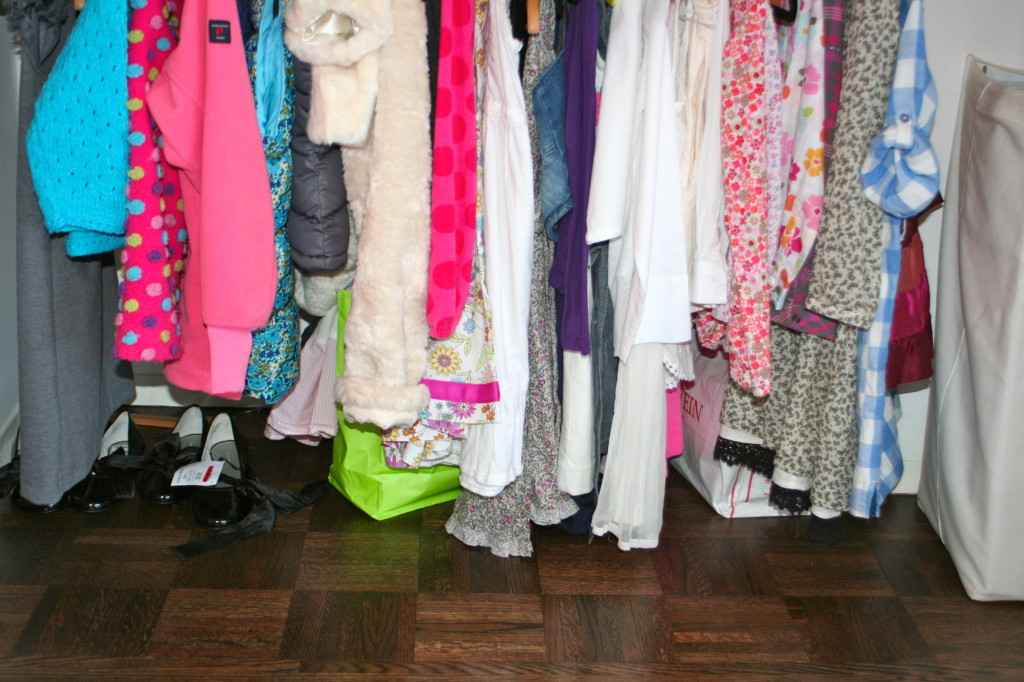 We’re very much not in a cutesy phase these days, so the end result had to be one of ultra refinement, think “Sophisticated Under-Ten.”

Then I switched out the hangers. The coats got wooden, while all the rest of the keepers got child-sized velvet hangers 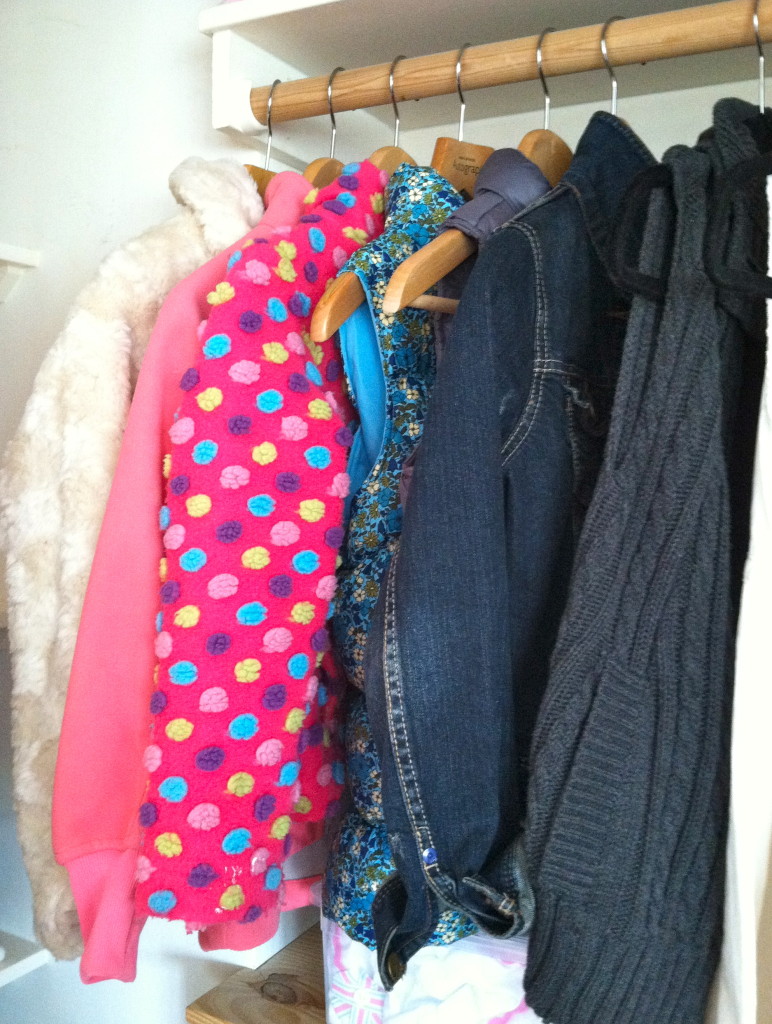 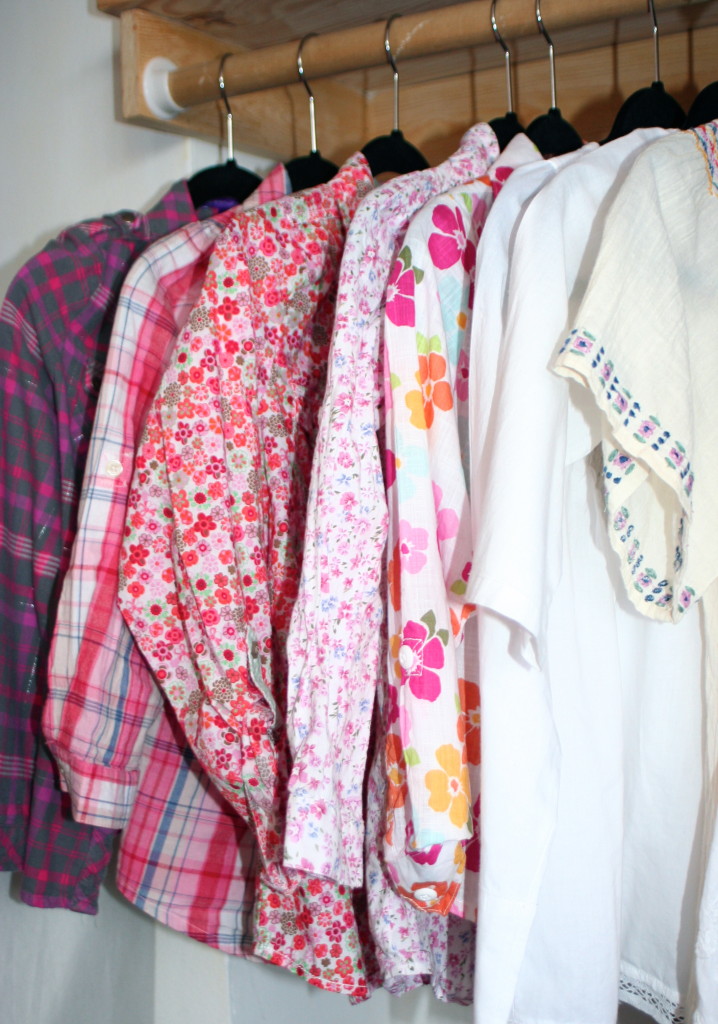 Next, I relocated all those sweaters and sweatshirts that had previously been residing on the pseudo-shelf. I moved lightweight sweatshirts to a dresser drawer: 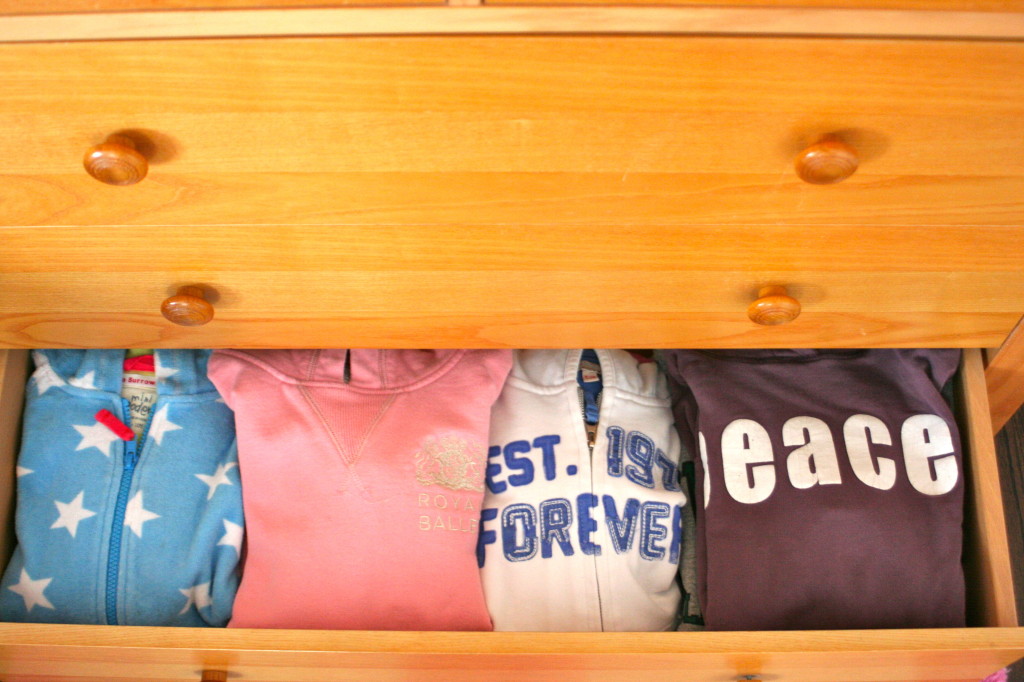 And heavier sweatshirts and sweaters to some shelves on the side of the closet (not actually visibile in these pictures; apologies). 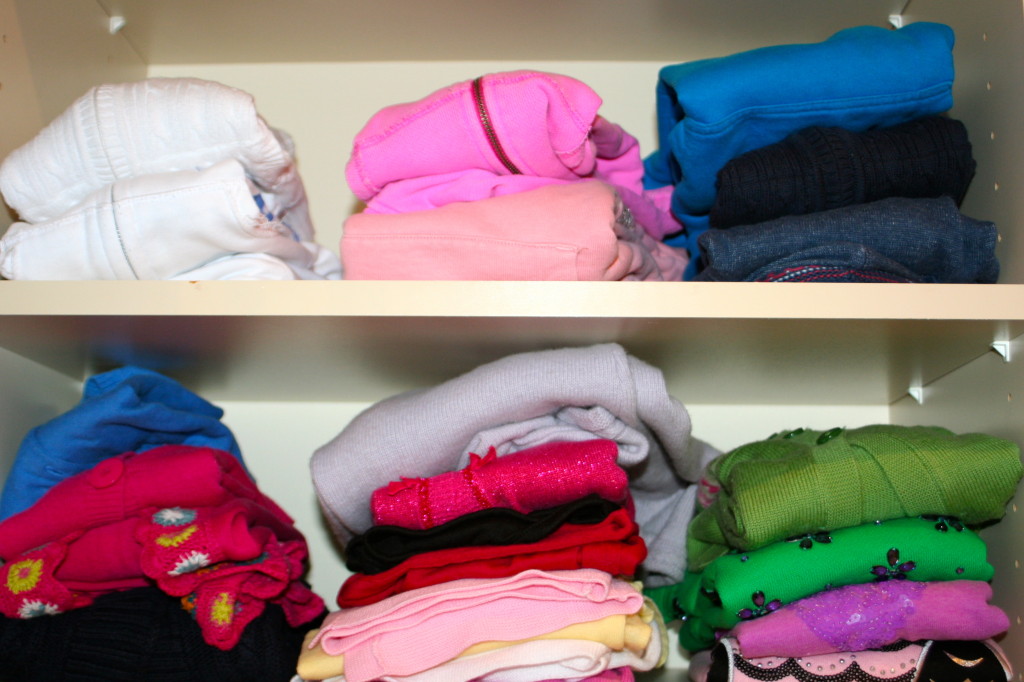 Next, I moved all the shorter clothes to the bottom rack, including pants, skirts, and shirts. This makes the floor space accessible, allowing for a shoe rack (the one pictured will get the boot, to be replaced by a superior model, but you get the gist). 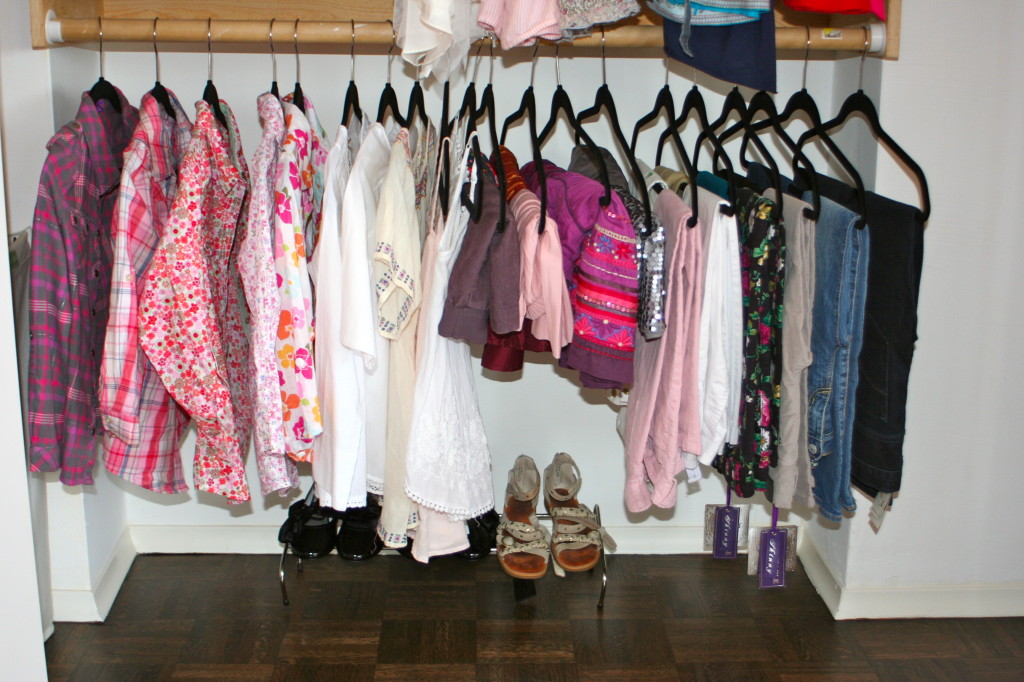 I hung the longer clothes on the highest rack, and streamlined and straightened that top shelf of linens. 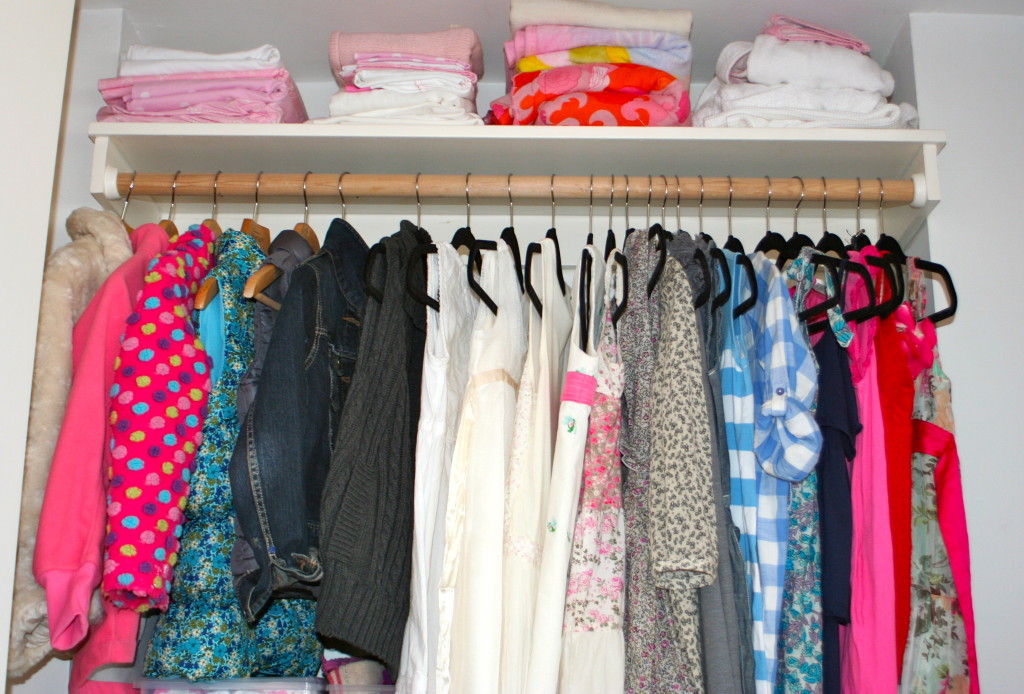 Feeling that it would be a shame to waste a shelf even if it is a stupid shelf, I used plastic shoe boxes to house now off-season items such as hats, gloves, and scarves. So the shelf still provides storage, just not the everyday-use kind. 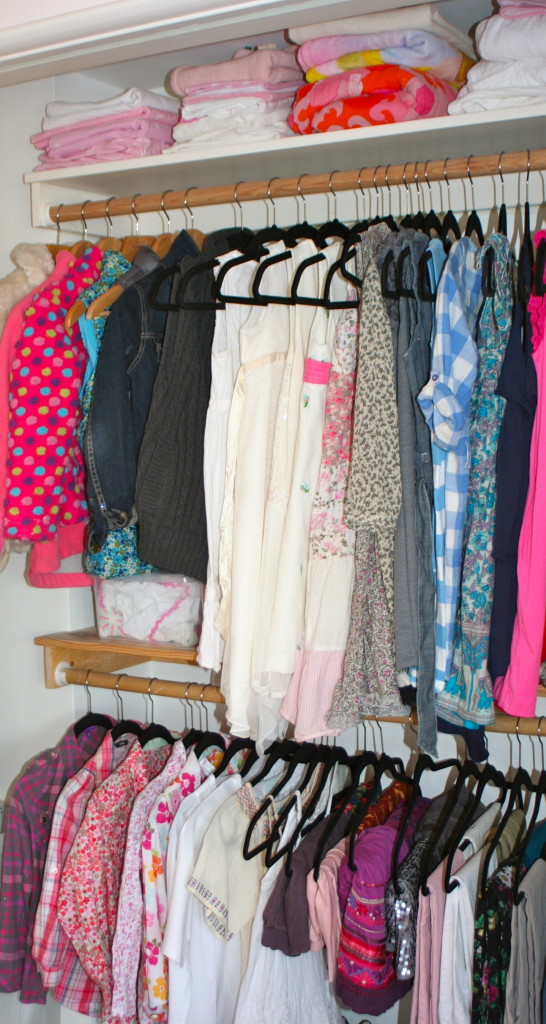 Here’s where we ended up: 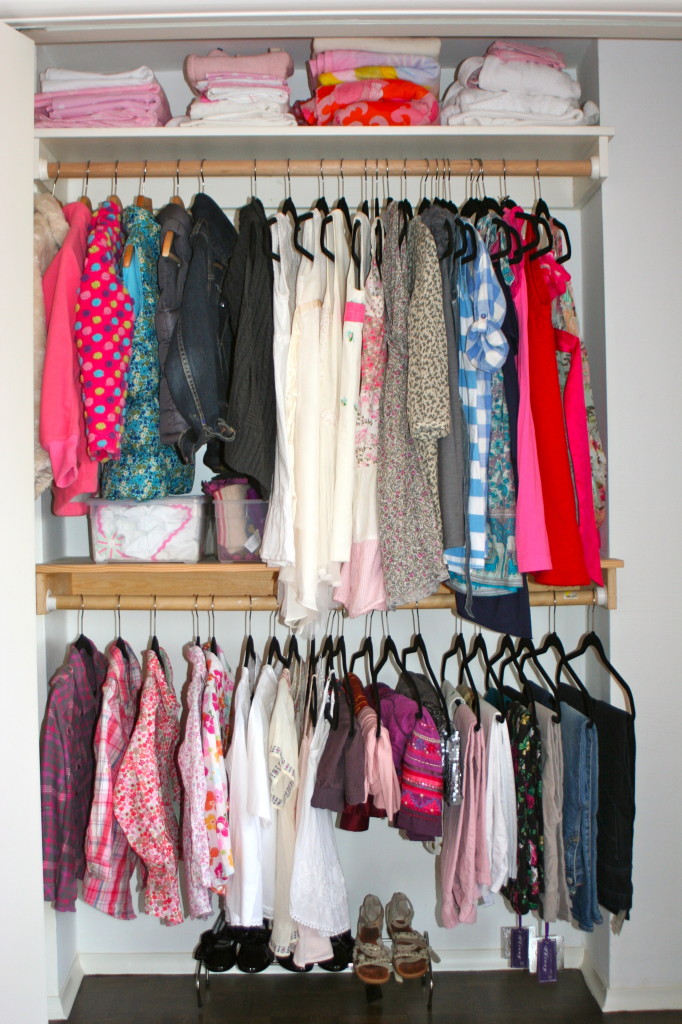 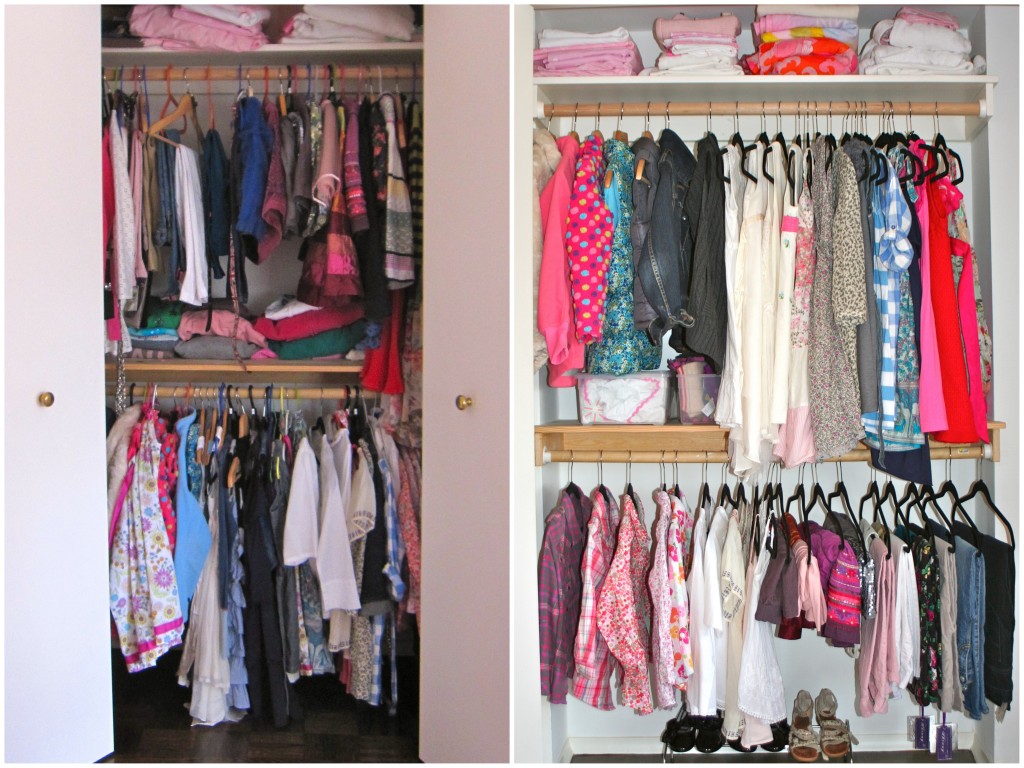