Monday’s Meditation: On The Spring 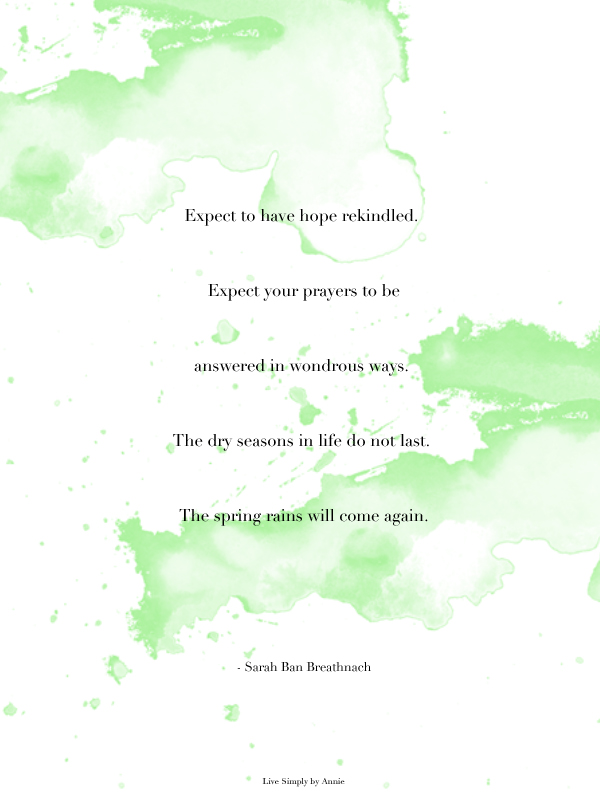 It felt like spring the other day in Seattle, one of those perfect early spring days, when the shade is still cool enough to make you shiver, but the sun beams down in this perfectly gorgeous way, and when you stand in it you feel your whole body start to thaw right out. Birds chirp in the distance–a sound you realize had been absent only upon hearing it again– and after months of hibernation, groups of school children take class walks through the neighborhood.

It must be because I’m a spring baby, but spring is when my spirit feels most alive. It delights in the mildness, the new greens, and the air so fresh after not having been breathed for some months–shut up inside as we all were.

I took a break from my work, put on my boots and my gardening gloves, and went to work outside.

The little bunches of ugly clover stuff that I had obsessively removed ’til deep fall had taken over once again, and so I bent and pulled, bent and pulled.

If ever you drive by a house with a garden in front, and there, with a look of absolute consternation is a bitty, bent over, butt exposed for all to see–Lululemons are see through, or so I’ve been told–you’ll know it’s me.

Funny how clear things are in nature.

The pansies that flowered so sweetly all last year had now withered away to root webs and vines, and without a moment’s remorse I yanked them clear out, adding them to the clover heap.

What’s dead in nature has died. No mistaking it. What’s withered in homes is often harder for people to discern.

But how good it is, to clear it all out. No use in thinking of the work that went into it before, no point lamenting the beauty once given.

Room for the new, that’s the thing.

After a short while the little garden was down to the bare soil, once again. The hardier plants are there, of course, real troopers, those guys. But each one looks rather more like an island in a sea of ground now.

And I was reminded that there are two ways in which to see the world:

One is to notice the nakedness, the absence, the empty space where once was covered over with leftover leaves and weeds.

The other is to know that in blank space is the glory of all potential. The empty is not the empty but the start of something new.

Not two days later, and completely out of no where, a little cluster of crocuses burst forth, their tops so yolky golden I was thoroughly tempted to kiss them.