Monday’s Meditation: On Why Everyone’s REALLY Upset About The New Instagram Algorithm 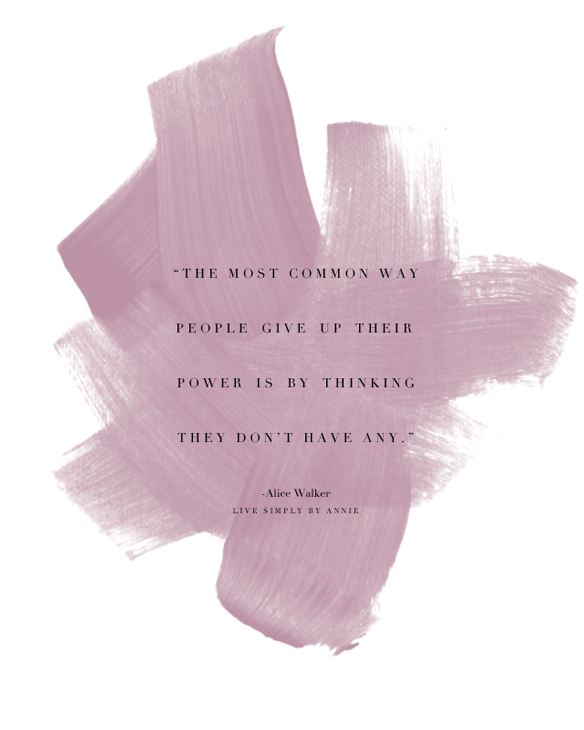 Recently, Instagram went the way of Facebook and Twitter and Pinterest and more by instituting an algorithm-driven feed, rather than the original chronological one. Instagram says the feed is now “ordered to show the moments we believe you will care about the most.”

When the social media platform announced the impending changes a number of months ago, users were frantic to repeal it. There were the rash outbreak of desperate pleas to have followers turn on notifications, so as not to miss a post. There was at least one petition users could sign stating their strong aversion to the prospect. (The latter I may or may not have signed.)

But to no avail. The app forged ahead with the change, maintaining all the while that it’s the gift its users didn’t ask for.

Last week, a popular user whom I follow posted an image of a bunch of balloons, and, overlaid, the phrase, “I HATE ALGORITHMS.” The post received a wave of comments, all strongly co-signing the statement. One woman wrote, “I just want to see the posts from who I want to see in the order they were posted. Geeez!!!!”

(I didn’t double check exclamation mark count, but I’m underestimating, if anything.)

After seeing countless instagram posts ranting about the matter, blog posts and videos devoted to how to beat the algorithm, and feelings of frustration on my own part, that comment was a moment of clarity.

So Simple in its delivery, it expressed the fundamental desire to choose.

As a capitalist, myself, I understand that a company has to turn a profit to be successful, and no amount of boo-hooing can change that. And as a Life Simplifier, I understand that the algorithm represents just another way in which our daily lives are a little bit less straightforward, are a little bit more of a thing we have to decode, and another place where user-will is no longer the rule.

But that last thing is the real loss.

That’s what we’re all so upset about, in the end.

We want to be able to decide for ourselves what moments we will care about the most, not the ones Instragram believes we will.

Of course, this isn’t really about Instagram anymore. Not that it ever has been.

Because what we all want–what we crave–is the opportunity to decide for ourselves what matters, and what we want to have a presence in our lives.

For confident people who feel empowered to make major decisions for themselves all the time, the inability to exert that same measure of control in small matters is stifling. For those who live the broader context of their lives within the framework of someone else’s choosing, these small opportunities for choice are even more significant, and the limiting of those, crippling.

The surest way to satisfy and to inspire others is to help them realize the measure of their own power. And, the quickest way to upset a group of people is to limit the amount of control they have in shaping their worlds.

It is that Simple.

The most important, powerful people and companies are not those best at shouting orders, making demands, and showing others how to step in line. The most powerful, most influential, most beloved entities act as a catalyst for those around them to tap into their own brilliance and to cultivate the confidence to choose authentically for themselves.

If we can remember that; if we can find a way to ensure that everyone in our lives, from our parents to our siblings to our partners to our children feel as though their voice is being heard and their desires warranted; if we can make them feel bigger more than we make them feel small, then we will have used our greatest power for ultimate good.

And what of the insta-algorithm? Well, there’ll probably be a hot, new app launching soon that we’ll all (or mostly all) jump ship to, to start the whole process again. Such go the times.

(The constant will be the feed that is your actual Life. That’s where the real magic happens, anyhow.)