Monday’s Meditation: On Breaking Up 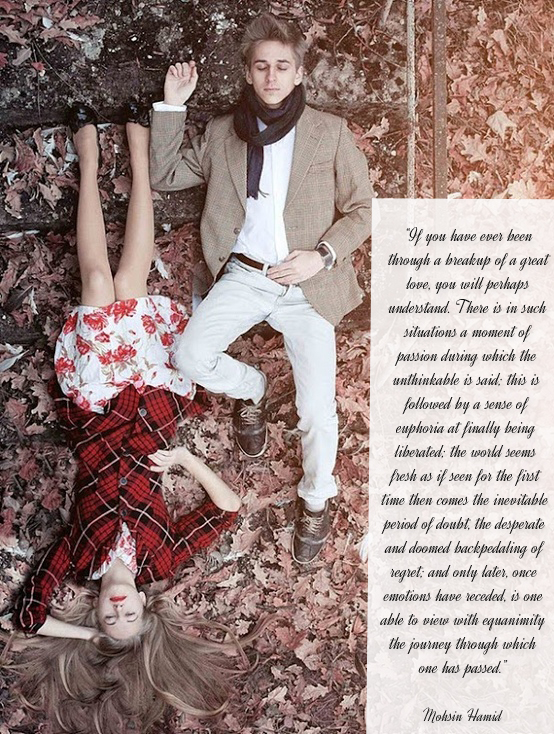 During a recent girl get-together, a conversation stream commenced revolving around one bitty’s relationship upheaval. She regaled us in the particulars of fight #1, 2, and 3, traced the whole relationship for us in brief, and in the process of it all revealed the great dysfunction which was the connection.

It took significant restraint on my part not to fill in the answer for her: the relationship needed to end. It was high time to walk away, despite how much she loved this man.

I’m conscious of the fact that my perspective on relationships and, in turn, on break-ups may be perceived by some as desensitized, detached, or that cringing “jaded.” Though I dread to sound akin to the pessimist who would purposefully, if inauthentically, distinguish herself as being a realist (cue the eye-rolling), I believe my approach to the subject matter is pragmatic–sensible in its sobriety but decidedly not bitter.

What is my opinion, after all? It is that relationships, both romantic and platonic, that are healthy, functional, and which serve and fulfill either ends are one of life’s greatest inventions. There are undoubtedly relationships rooted at the deepest level of connectedness, those being destined to sustain themselves regardless of such fickle factors as geography, frequency of contact, or the passage of time. They will be with you, and you with them until the end, whenever that may be, and probably longer still if such a thing exists.

And then there are relationships that just don’t last– those being a cluster of both wonderful connections and toxic ones. But here’s where I may diverge from popular opinion: I think that’s just fine.

I accept that there are those two relationship classes, the lasting kind and the fixed kind. That the latter must come to an end I consider to be less a travesty than an undeniable, often unavoidable fact of life. Of course, when two parties go their separate ways after sharing an intimacy there will be a period of painful recovery. But after that grief passes, I see no devastation in that fact that two people who were once are no longer. It happens. It seems it wasn’t meant to last.

That’s the key; we enter unions with giddy excitement, infatuated by the recognition of a personal counterpoint. Perhaps at the relationship’s first inception, if at all, we question whether or not we should pursue it. Once involved, however, we begin to believe that being a partner in that union is the right way, indeed the only way. That to abandon it would be to veer from the path that destiny prefers. That to ultimately absolve the connection is to have mishandled an entity which supposedly should have continued on into oblivion.

What if breaking up was the not merely the best course of action for both parties involved, but, in fact, breaking up was what was meant to happen? What if we followed the course of that relationship by way of a dotted line on the Game of Life board and discovered that at some point, it just stopped? That even at its very beginning, it was never meant to extend beyond a certain point? We believed otherwise. We believed we saw that dotted line continuing into the horizon and onto forever when in fact the vision was just a mirage.

Concluding a relationship has nothing at all to do with its validity. If there existed a genuine connection between two people it is valid regardless of its duration. There were the lessons that person taught you, and the truths you shared in return. There was the experience gained. It was real.

That’s all of life– you keep going on and continue forging new bonds. Some, you happily discover, are impenetrable. Others, sadly and without regret, you will realize came attached with a time frame, an end point which wasn’t evident to you upon introduction because the knowledge of it would have surely deterred you from pursuing it.

But it was important, maybe, that you shared that connection at all. For a variety of reasons too vast to even suggest a few, you designed that relationship in its exact shape and form because you needed it. You needed it to learn from and to be a teacher. You may design a similar relationship structure a couple dozen times over and those may end too. And that will be okay.

It’s okay to break-up. It’s just fine to admit that in the end it’s you walking that path, just you. You can still relish in the company you had for a time by way of a relationship.

Two paths joined and merged, and the proximity to another’s brought about illimitable lessons. And then the paths diverged again and both parties walked on their separate ways with, we hope, more wisdom and insight into themselves than they had before.

Anyhow, throughout it all, there will be some paths joined to yours perpetually. And those will be simply marvelous.