Monday’s Meditation: On The Pressure To Prepare 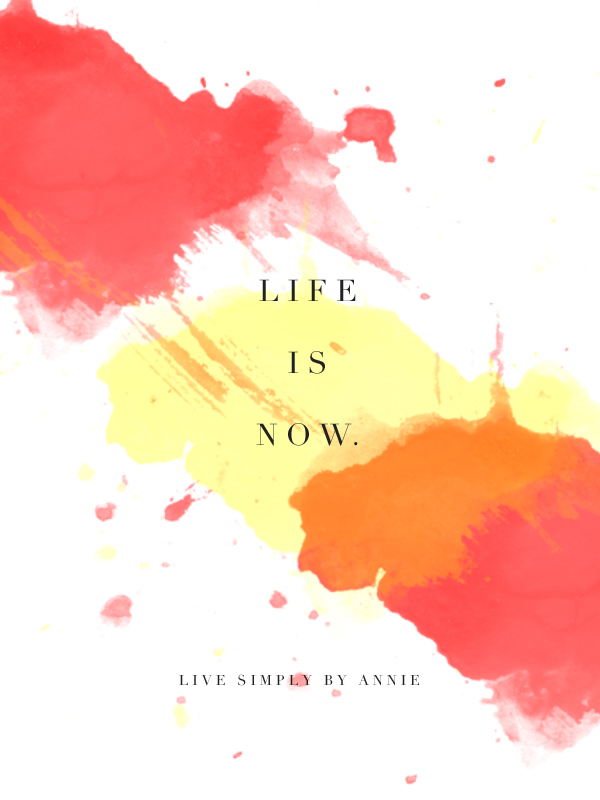 Right about now is when many of my clients start to feel especially overwhelmed; they feel the approaching holiday season and the conclusion of the calendar year and worry that they won’t be able to accomplish all they had planned to before then. Or worse: they admit defeat, throw in the towel on 2014, and promise to take back up the cause come New Year’s Day.

In a society that perpetually pushes us to look forward, to prepare–sooner and sooner–it becomes increasingly difficult to keep one’s focus on the present moment. When everyone else seems only to be thinking and talking about nothing else than a time at least two months into the future, those attempting to dwell in the present can be left feeling as though they’re behind.

After all, the Christmas music now officially starts the day after Halloween, and next year it will probably begin in the aftermath of July 4th; and pretty soon they’ll be releasing resort wear, as we shuttle around in our winter parkas, and then come February the brochures for summer camp will start arriving in the mail, and if you haven’t signed your kids up by early March you can pretty much forget about that, and in the happy malaise of next summer they’ll start casting out the “back-to-school” nets, and–

It isn’t going away. If anything it gets louder by the passing day.

Your job is to learn how to get better at blocking it out. At letting it flow past and swirl around you as it may, without being crippled by it; without feeling paralyzed by the pressure of this constant preparation game in which we’re living. Your job is to participate if you may, but never past your point of exhaustion, to make plans, but never to the detriment of your productivity in the present.

Do not, whatever you do, make the mistake of discounting the time you have before the holidays arrive, before the new year does.

Every moment of your life is overflowing with the possibilities of everything you may earn, discover, and nurture. Every day is a reality waited to be created by you.

To a person who doesn’t know the date, there is nothing that distinguishes a day in early October from one in early January, save for the weather. Otherwise, days are days. Time is precious. Life is now.

What’s it going to be?

True story: not two minutes after I finished typing this post, two ladies sat down next to me at Starbucks. “So, I’ve figured out how I’m going to decorate the house. For Christmas,” announced one to the other.

I almost leaned over; “You won’t believe this but…”

I didn’t. Something told me it wouldn’t be the way to win friends. Instead, they went off to scope out the holiday decoration offerings at Restoration Hardware and I clicked “schedule post.” The end.