Monday’s Meditation: On The Inevitable Let Down Of New Year’s & Everyday Magic 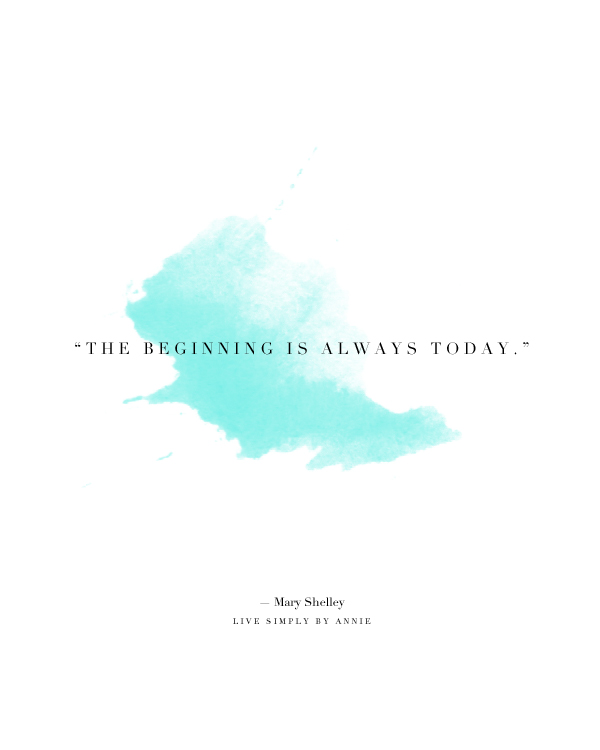 Be Honest; as you watched the clock strike midnight, or when you opened your eyes to greet the next day, 2017 looked and felt a lot like 2016, didn’t it?

Oh, we want to believe it’s going to be vastly, palpably different, don’t we? We want to dress up and count down and feel the relief of the last twelve months being firmly behind us, clouded up as they were with all our mistakes and disappointments. We want to feel ourselves being reborn, feel the slate wiped clean, and find now, finally, our best selves.

But try as we might to transpose a calendar divide onto the unbroken chain of time, the let-down, however unspoken, that pervades new year’s is our collective realization that time merely continues.

Life goes as it had been going.

Those extra few pounds: still around (for now).

Only, life is as mundane or as magical as we take it to be, and that’s the key.

If living to meet your average Monday isn’t an occasion for celebration, well then, we’re headed down a real over-hyped, tediously boring road.

There is no day that exists more ripe with potential than any other. There is no day above the rest that possesses the special ability to foster growth, change, and persisting will.

Each day is as fresh a start as the one before.

So believe in the power of the new year, if you do, and believe no less in the magic of a Tuesday two weeks from now or a random day in March.

Every day you decide is the best time to begin anew.