Monday’s Meditation: On Fitting In Vs. Changing The World 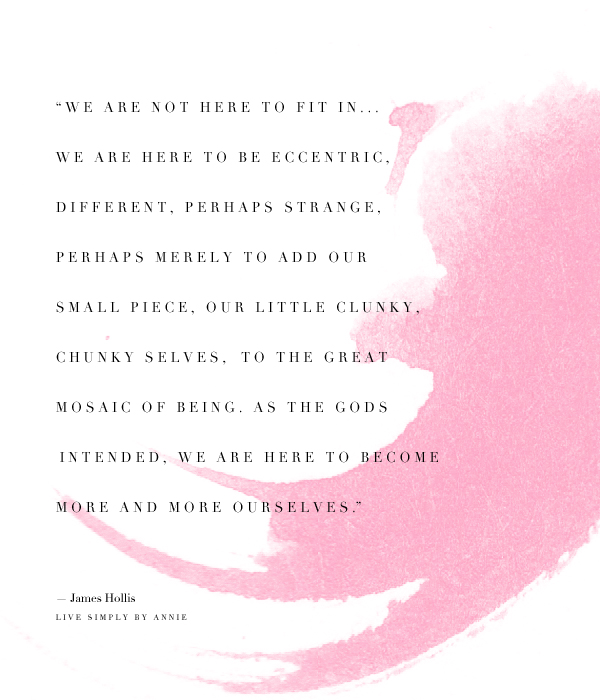 I watched a snippet of an interview of Oprah Winfrey over the weekend, in which Oprah was recounting how she got her start on television.

At one of her first positions,  her news director at the time had evidently said, “We’re going to have to do something about that name, ’cause nobodies going to remember it or know how to pronounce it.”

Oprah had always yearned for a more normal name, a name like “Suzy,” which is what her bosses proposed. “Suzy is friendly,” they had said. “Suzy Winfrey, eyewitness news.”

Yet when her superiors advised her to change it, the mogul decided she would, in fact, keep her name, which a global audience has had no trouble remembering, or knowing how to pronounce.

In fact, the singularity of her name is what undoubtedly made it into a household one. She is among the select few in our society who needs no last name as a means of identification. “Winfrey” might as well be left off, or not exist at all.

On Shark Tank, hopeful entrepreneurs pitch their companies to the would-be investors. I am continually frustrated by the hesitation on the part of the sharks to sign on with a company that’s attempting to truly innovate.

“You’re trying to create a whole new category,” they’ll say. “That requires a lot of work, and I just don’t think I want to do that.”

Or: “This really involves a lot of consumer education, and I just don’t think I can get involved in that.”

One by one, they go out.

Everyone wants a sure thing, and different, novel, and new is almost never that.

Being the same almost always seems to be easier. Most of us don’t set out to ruffle feathers or raise eyebrows. Most of us want to do important work–the work we’ve been sent here to contribute–not fight the battle of normalizing ourselves or our contribution before our work can be received.

As a society we have just barely begun to open to the concept of celebrating our differences. Marketers, in particular, still seem intent on dumbing down their content, and on catering to the mainstream. They still seem to believe that people have neither the capacity nor the tolerance to encounter something different.

And yet, we should all know better by now. We should know by now that it is the truly original individuals and companies that manage to shake the world. We should know all it takes is to demonstrate your intentions and your authenticity in order to earn your place in people’s hearts and psyches.

“Suppose your name had just been Mary or Jane,” the interviewer said. “It wouldn’t have worked,” Oprah replied.