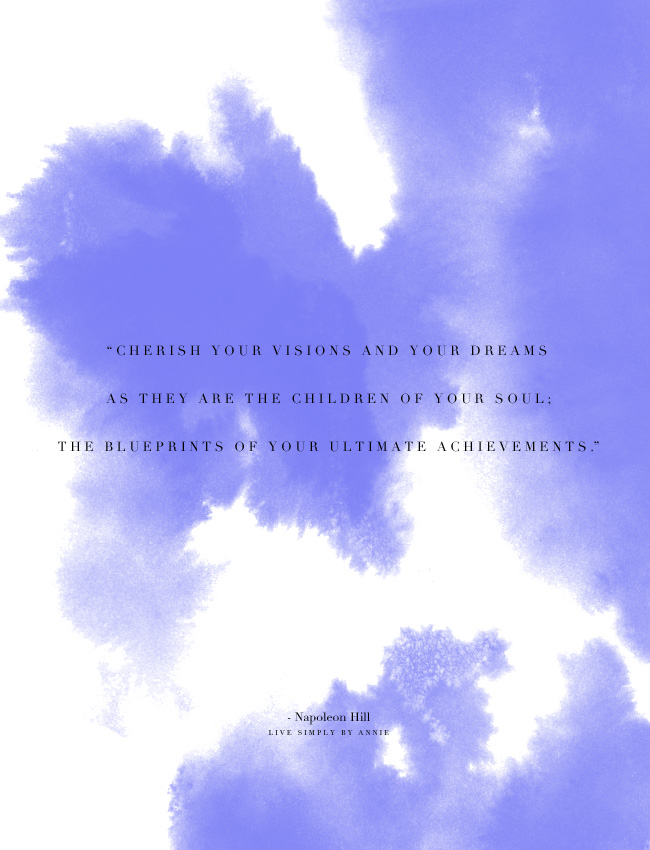 Carrie Bradshaw once described a popular children’s song as “the co-dependent national anthem.” At first blush, I would have said as much about John Lennon’s line “a dream you dream alone is just a dream, but a dream you dream together is a reality.”

What a crock, Lennon! I’d have wanted to say. What happens to the validity of my dreams that are just for me in your rulebook, huh?

What about all the dreams people throughout history have dreamt that were entirely self-born, and, in their earliest, most fragile stages, self-fulfilled? Huh??

So, what: if you don’t have someone to share in your dream you’re S.O.L. Lennon; is that what you’re telling me?

Only, looked at from a different angle, I concede: he might have had a point, after all.

The dreams you have for yourself, that no one else–not even those who love you most–will ever yearn for in quite the same way as you do because they are dreams of your fulfillment as a person, those are as valid as any other.

And yet there is an inherent requirement in the process of converting dreams into reality that, yes, Lennon, fine, involves a kind of partnership.

A vision becomes a reality the moment that you speak it out loud to someone else.

Up until the moment you speak your desire or intention to another person, it’s a hypothetical thought like the myriad other ones swimming in your head.

You may think you’ve decided on a course of action within yourself. You may believe you’ve arrived internally at your answer. Still, there is nothing like hearing yourself say those words out loud to someone to create the possibility of your dream being real.

It is only through the verbal declarations of our thoughts that we reveal our own intentions to ourselves.

It is not until we hear ourselves saying the words that we, ourselves, understand we are really serious about them.

It is not until we know someone outside of us knows that we begin to hold ourselves accountable to the fulfillment of our dream (we are very skillful at letting ourselves off the hook, it turns out).

This doesn’t mean that we should go around oversharing, blabbing people’s ears off with every thought that crosses our mind, naturally. We must always be impeccable with our words if they are to be believed. That’s what a mental filter is for, hello.

But it does mean that we understand that not until we tell someone else our intentions do we consider ourselves truly committed to them.

Because who we hold ourselves to be is deeply rooted in our being seen by others. With each intention established, we evolve ever so slightly. And so, it becomes necessary to constantly edit the information we give others about who we are; necessary to recalibrate the person we give to the world. And this is done through sharing.

We may be a zillion and a half things. We may dream an infinite number of dreams. And out of those we speak out loud, maybe only half will actually come to be. Maybe the half that never comes to fruition is merely an exercise, a mental spoke that moves us one notch closer.

The moment you hear your voice tell another person of this, your newest evolution, your whole being initiates its rewiring. Cells vibrate and change places and paths open up for us. The space around us changes. It reflects back to us what we say.

And so the precious cycle repeats itself: thoughts to feelings, feelings to expressions, expressions to action, action to actualization.