We’re in the first week of April (thank you to all those who sent sweet birthday tidings my way yesterday!), which makes it a great time to look back at the month of March and all the organizy stuff I loved and used ridiculous amounts throughout. For posterity’s sake. And/or for interested parties. 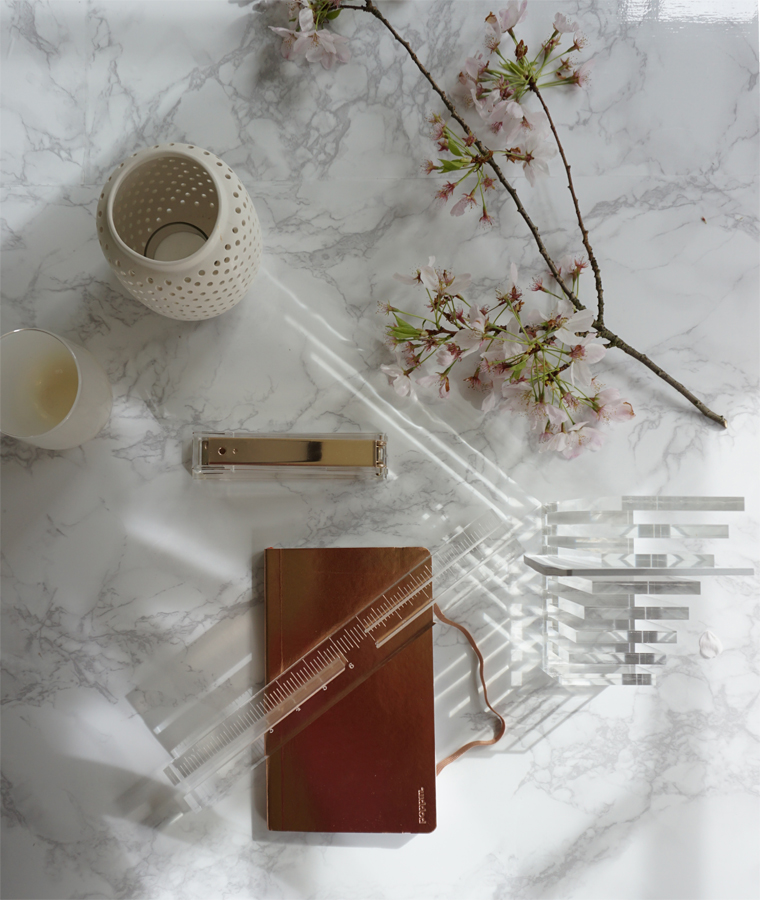 This beauty took up residence on my desk at the beginning of March, and is sitting pretty there now. I’m currently using it as a sorter for incoming/active papers, and, for the record, it performs this function beautifully.

Also noteworthy: I feel especially okay about recommending this usage because the individual slots aren’t overly vast, which means less of a chance for paper build-up for you (ding, ding!) Plus, desktop paper sorters of this general construction are often where bits and slips of paper go to die (sit there for the next decade). This guy, however, is blessedly clear, meaning that if there’s a piece of paper in there that needs your attention (or needs to be recycled), it’s much harder for you to forget about it until oblivion (ding, ding, ding!)

It works just as well as a bookend, I should point out, and, to be honest, does a damn fine job at sitting on a surface as a lovely, sculptural, light refracting (is that the right word there?) item of interest.

Just go ahead and order this. Do it. Then put it on anything and everything and clap your hands in delight.

I did; I slapped it on perfectly blah table in my (rented) house and voila: marbletop table. No seriously, if it weren’t for the two air bubbles I cannot for the life of me get out (breathe it out, Annie), this contact paper could easily be mistaken for a big old hunk of stone. Rock? Stone. Hmmm. Ahem: non-foliated metamorphic rock composed of recrystallized carbonate minerals, most commonly calcite or dolomite. Obviously.

It might be the most ingenious thing I’ve done in 2016 so far.

I am all kinds of picky when it comes to office supplies (if you’ll recall I was gifted a “play” office set for a childhood birthday and was positively thrilled with the present). That said, it takes rawther a lot to impress me if you’re a notebook.

But you combine a soft, metallic cover with pages that are just the right shade of white, whose lines are neither too far apart nor too close together, and which features a little lined/box upper corner action (all the better to write the date, my dears), and you have my favorite notebook I’ve used in years. 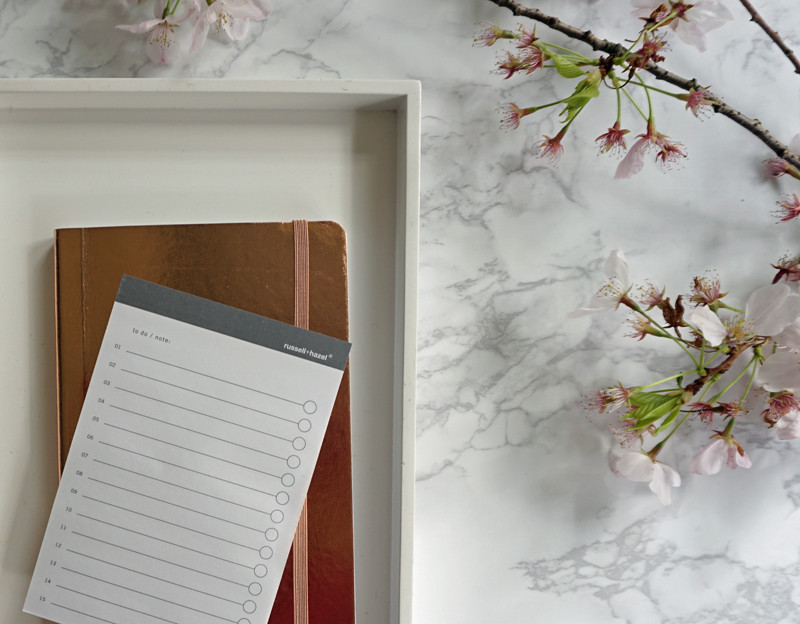 4. Russel & Hazel To Do Adhesive Notes

So Russel & Hazel is rawther killing the office game (along with Poppin) if you ask me. Another offering of theirs that I’ve fallen for are their adhesive to do notes. Because nothing annoys me quite like sloping, wavy, uneven penmanship does, even when it’s just on a dumb post it note (being a perfectionist is such hard work, really) (also that’s a lie; there are things that annoy me much, much more). Also, most of the time, a post-it note doesn’t seem quite large enough to actually make a list, which is usually what I want an adhesive square of paper for.

Over the years, the amount of things I carry in the work bag I take to clients has gradually increased. I haul a lot of stuff over one shoulder in order to free people up, it’s rawther enjoyably ironic.

At the beginning of the year, I decided enough was enough: I had to admit to myself that my old work bag (over capacity, no long shoulder strap) wasn’t cutting it. Then the question became: where am I going to find a bag that’s big enough to fit all the stuff I need, but that’s also non-rigid so as to accomodate things of a strange shape, that also has a shoulder strap (thing’s too heavy to carry on my forearm), that’s also not uber dorky looking, but that’s not quite as loud as many weekenders?

And then the gods of Simplicity smiled upon me and I found this bag. It’s decently sized to begin with, but when you unzip the middle expander, it becomes the most blessedly massive production that still, oddly, thankfully, doesn’t feel like a behmoth when I carry it. Shoulder strap? Seen and raised: this one’s got a padded part. Clean, streamlined design? Check check.

I don’t know how I was doing without this. And even though likely none of you will use it for the purpose I’ve described, for all the reasons mentioned it would make an equally terrific weekender/carry on bag.

This is dumb, mostly because you’re all fully capable of sourcing a poop plunger (I assume). Only, I had to include these because they really are better! I probably might not ever have mentioned them, except that my housecleaner (upon finding and using these newly acquired tools) inquired seriously whether I had found them in some design studio / modern art museum shop. Nope, just Amazon.

She’s right anyhow; both of these have a really intentionally thought out design, from shape, to appearance, to manner in which they sit in their holders (magnetic action). Plus, they work, so that’s important. 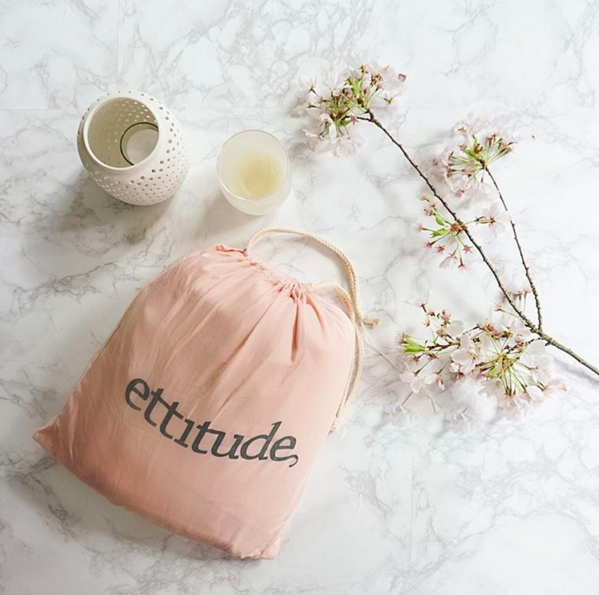 Ettitude sought me out (probably after reading my ode to bamboo sheets), and was all, “yeah, well, wanna try ours?” To which I replied: here’s my address, size queen, please and thank you and can you rush deliver that? (I didn’t really ask for rush delivery, what kind of demanding blogger do you think I am??).

They arrive. I wash them. I put them on the bed. I get into said bed that night and am wholly blown away. Blown away as in blown up, up, upwards into the sky. “Oh my god. I am in a cloud. This is what it feels like to sleep inside of an actual cloud.” I am not exaggerating in the slightest when I tell you these are the softest, most luxurious sheets I have ever in my life experienced. Ever! In my life!

Plus, they’re bamboo (back to that), which means they breathe, they don’t get too hot, and mainly they’re just completely amazing.