Rare is it for retail to exist as the main motive behind a Live Simply post, such was my instantly smitten state when I happened upon the Rosanna line of decorative trays. Helped in no small part by my recent jaunt to France, I experienced minor heart palpitations as I scrolled through the collection, finding each one to be more charming than the one before it.

It gets better. Not only are they ridiculously delightful and French-y, they’re also sans wallet-wounding, ranging in price from roughly $10-$25. I know, I know, call me the organizational archangel sent from above, I can tell you want to.

The sealer of the deal for me: turns out Rosanna, Mademoiselle designer, cohabits the Seattleland (fear not, staunch courting efforts on my part already in the works).

Summation being, I’m sold and I see no reason why you shouldn’t be as well. Just hop on over and buy one already because sometimes the very wisest thing a person might do is treat themselves. 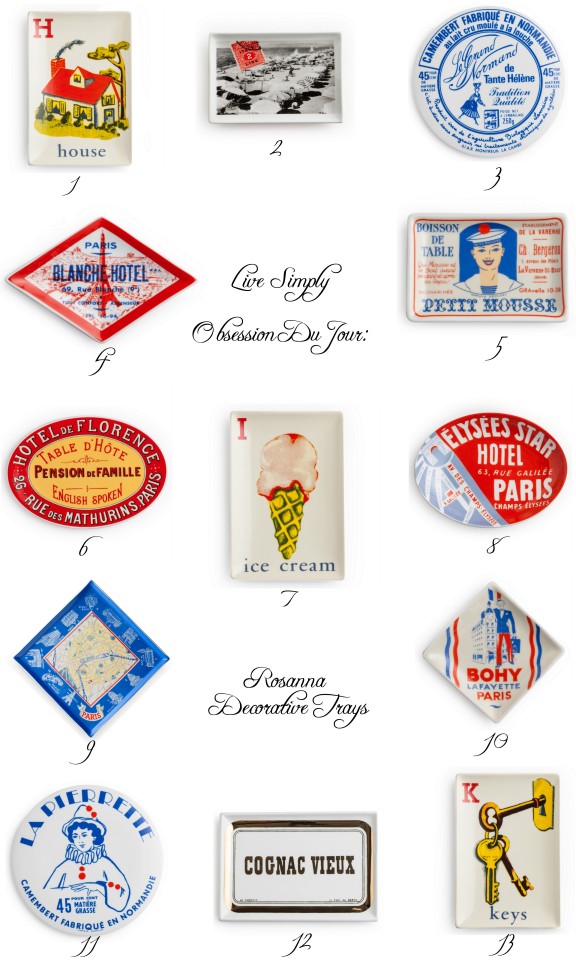