Monday’s Meditation: On Playing Our Parts 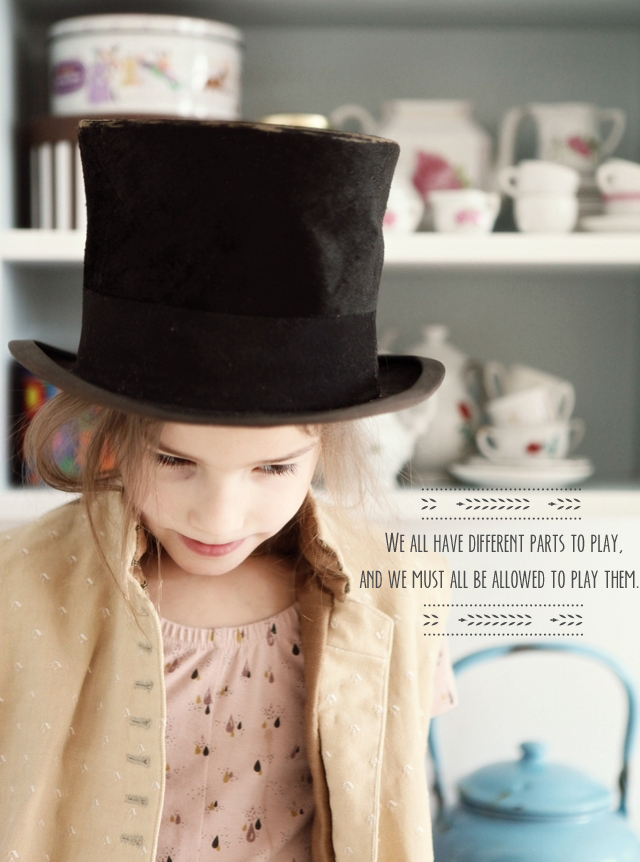 This past weekend, I spent my leisure time toe-dipping into the realm of recent cultural sensations which had previously passed me by. I finally mustered up the curiosity to type “Gangnam Style” into the Youtube search bar, a video that only 1,244,333,199 people had beaten me to (what was so special about it again?), and followed that with a viewing of the first few episodes of the PBS series Downton Abbey, a production far easier to understand the appeal of than the former, respectfully.

Out of the bunch of episodes I watched, there was one that struck me. It in, the apparent heir of the Downton estate, a middle class lawyer named Matthew, has just arrived in town at the summons of the Man of the House, Lord Grantham (whose only offspring are of the female variety, and thus excluded from inheriting).

We, the viewer, immediately identify with Matthew, whose middle class upbringing and occupation establish him in our minds as the modern man. Matthew has grown up without an entire team of household attendants. He accomplishes tasks such as dressing, pouring tea, and hanging his coat all on his own. After a bevy of scenes in which the family of Downton appears as little more than animated dolls while their maids and butlers flutter about them, tying hair ribbons, fastening corsets, Matthew’s self-sufficiency is refreshing.

A few rather awkward scenes proceed in which Matthew dresses himself, while his attendant— his efforts to be of assistance ignored— stands on looking sheepish.

Eventually Matthew approaches Lord Grantham, inquiring whether it would appear terribly ungrateful to desire that his attendant be dismissed; the serviceman is superfluous to his lifestyle.

Right up until this point the viewer is of Matthew’s mind: how noble he is, what a benevolent act, to spare the butler from having to attend to such lowly duties and release him instead to things of greater import.

The response from Grantham catches us— Matthew and the viewer— off guard, so true are his words, “We all have different parts to play, and we must all be allowed to play them.”

In that moment it is painfully evident that the man we had considered unselfish has been quite the opposite; in his quest to remain independent he has deprived a man of work. Indeed, there may be no greater offense in life. To deny a person work is to effectively deny them the right to exercise their sense of purpose.

Recognizing the wisdom of Grantham’s words, Matthew relents. To watch him in the following scenes is bittersweet; yielding to the constructs of societal roles by allowing the man in service to select cufflinks he could have otherwise surely chosen for himself, one fears Matthew’s imminent descent into the ranks of the spoon-fed. And at the very same moment his kindness is radiant. As a steadfast self-reliant, I recognize the restraint employed in limiting one’s capabilities for the sake of another’s sense of purpose.

The issue of the particular roles that each man inhabits, the poorer serving the richer, in this case is surpassed by the more significant matter of the existence of distinct roles and the duties associated with those. Duties are distributed amongst us all, whether fairly or not, and to overstep our part may be to deprive another of any role whatsoever.

Take for instance the elevator operator at upscale establishments, whose job it is to inquire of his passenger which floor they desire and to set the cabin into motion by pushing a button. Pushing a button! —In a respectable uniform and with courtesy of speech and manner. It would be easy to classify that man as superfluous. But consider this: a person steps into the elevator, thrusts his clammy hand right in front of the operator and pushes a floor number for himself. The uniformed man stands there, suddenly rendered unwanted, unneeded.

There are few things worse than the pit-sinking inner turmoil of feeling unnecessary, or of lacking the opportunity to utilize our particular skills, surely we can all attest to that. We humans inherently crave activity, despite how much we may claim to the contrary. We depend upon the fulfillment of productivity. Doing our job, no matter what it is, allows us to feel as though we have participated in that larger web, that we are a part of it, and that in some way, infinitesimal as it may be, the balance of everything depends on us doing that job. In the absence of it, all of life would shift ever slightly off-kilter.

We must remember, even in our pursuit of success, even in our world where competency and efficiency is celebrated, where initiative and capability is prized, that we are not– still not– single units moving through the universe unattached, but part of an overarching and intricately composed structure made up of many millions of parts, each one depending upon the other- a seamless system of action and response, of give and receive.

The world is counting on you to perform your part with excellence. Do not disappoint us.