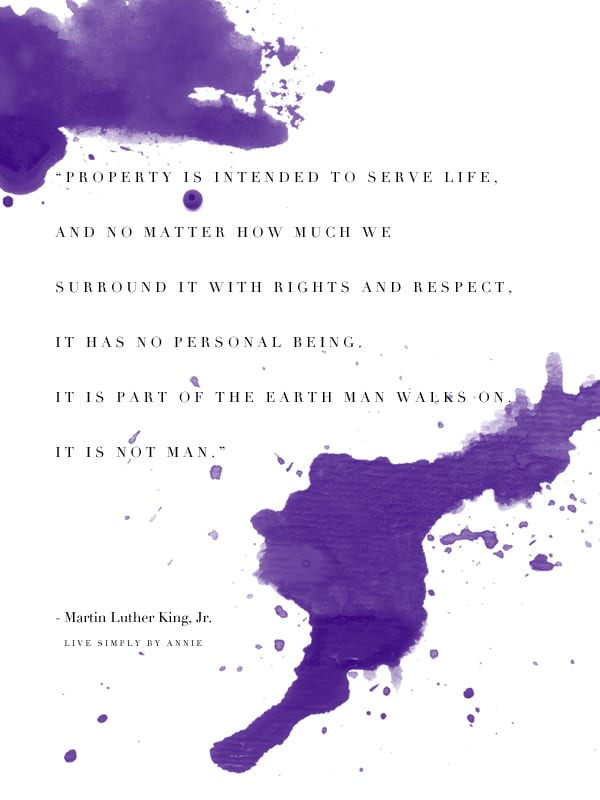 There have been throughout history people whose perception of the world is remarkably clear–people who see things as they really are and speak the truth about what they see. All it takes is a quick scroll through Dr. Martin Luther King Jr.’s utterances to be reminded of the extent to which he was one of those select individuals.

I don’t think it’s a coincidence that many such people have had, too, a non-reliant relationship with stuff; Ghandi, Buddha, Thoreau, and on.

As focused as they were on their missions, as attuned as they were to the physical and spiritual world, these earth-shakers saw possessions for what they are: tools meant to aid and complement.

Property is itself not inherently sacred.

Feeling and being an equal, that’s precious.

Strive most to see the world as it is, to differentiate in sanctity people from property. Put that way, it shouldn’t be nearly as hard a choice for any of us.