This is a story.

Over the past many months I have had the chance to test out every version of Miele vacuum that’s on the market. Every one might be a slight exaggeration, but truly, at least 5-7 varieties, which in vacuum terms is a lot.

I had long since broken up with shit vacuum # 1, and had broken up too, with what turned out to be shit vacuum # 2, after it failed to meet my disgustingly low expectations. Thereafter I somehow managed to endure a kind of a vacuum dry spell, wherein the dust momentarily collected in the corners and I gritted my teeth and pondered my and my floor’s destiny.

It might have gone on that way if I had not made myself aware of the strangely uncanny phenomenon sweeping my clients’ homes. They all own Miele vacuums. All of them (okay, the vast majority). I couldn’t open a utility closet without finding myself face to face with the letters M-I-E-L-E. Don’t believe me? Take a gander at this offering (all of which are in various stages of transition, so we’ll move beyond that): 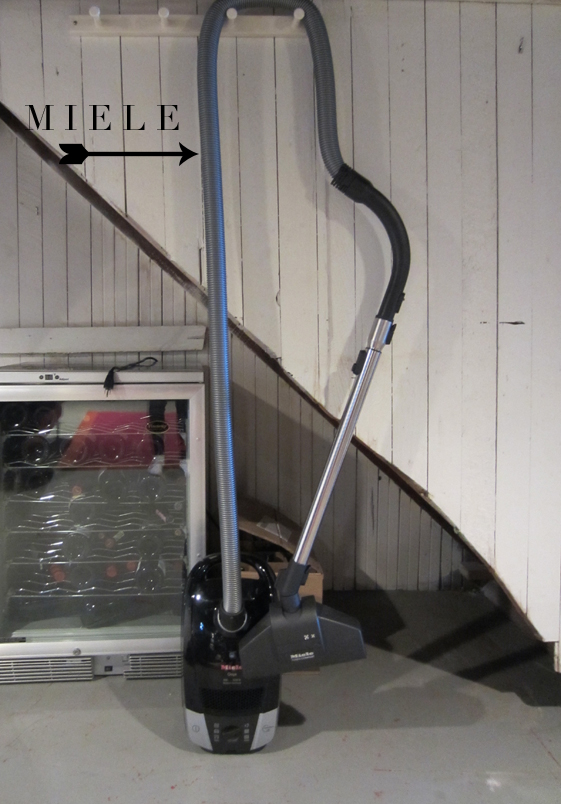 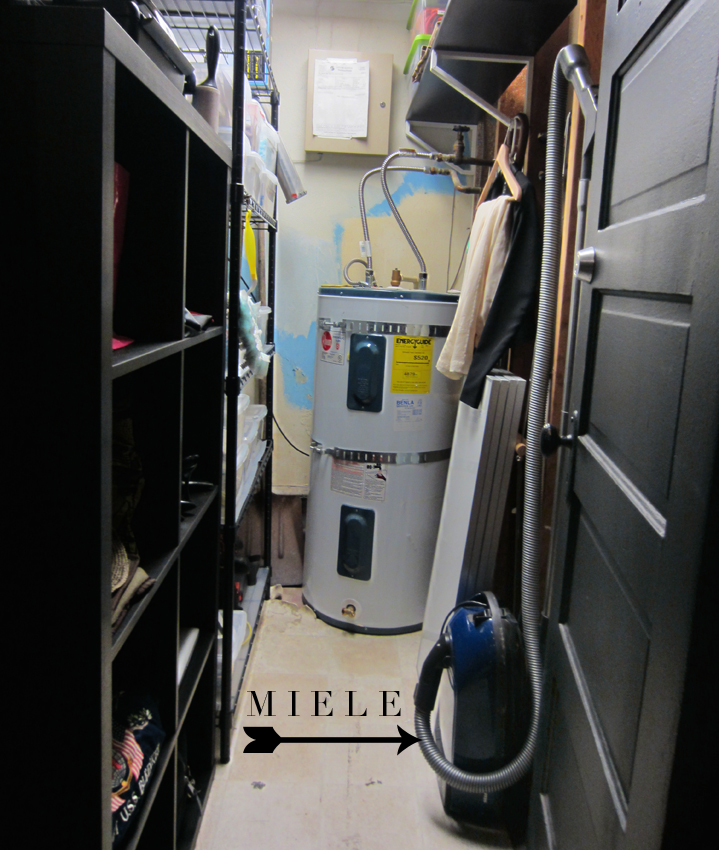 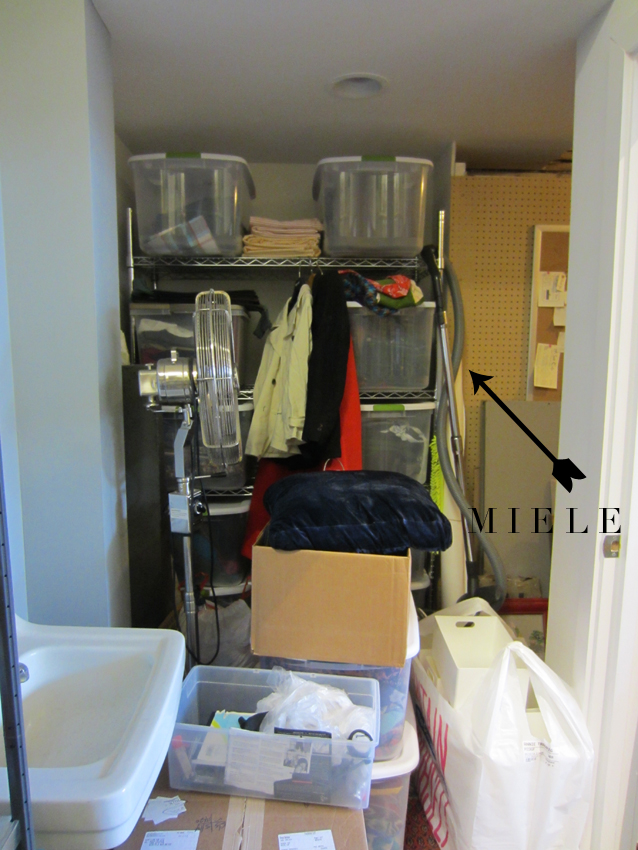 (Also a bang-boom, recently completed project that one might peruse on my gallery page if one so wished.) 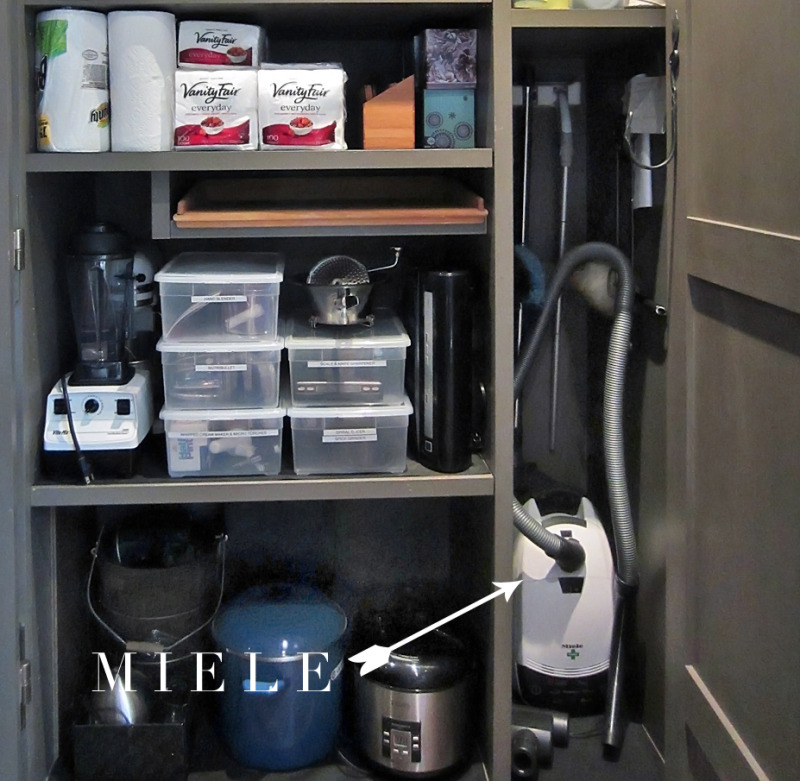 What was this Miele business and how had my sister and I discounted it so vigorously all those years we spent pining for a Dyson?

I started investigating. I had already trialled them all– the Miele Olympus

, the Miele Capri, the  Miele Onyx

, but reading reviews filled me with newfound appreciation.

And then I started flirting. You know, just playing around with the idea of getting myself one. Which one would I get if I was to get one? The Onyx, and Delphi–both within the $450-$500 range seemed to me to be pretty much the same: remarkably quiet and stellar suction (Ha! Aren’t you having fun reading this?). And the Capri seemed to be just as great, though not quite as silent.

The Kona and UniQ were as mind-blowing as you would hope and expect from a $1000 vacuum, but I reasoned I had no justification for such an instrument, given that I just have a little two-story house, and I’m just a little Annie. The Olympus, maybe the most affordable option of the fleet at $329 doesn’t have the power head attachment that the Capri buys you (worth it!).

Something told me that the Capri would be the most responsible option. I mean, I’m harboring no sleeping babes, and so I rationalized that for $100 less, I could deal with a tiny amount of noise. 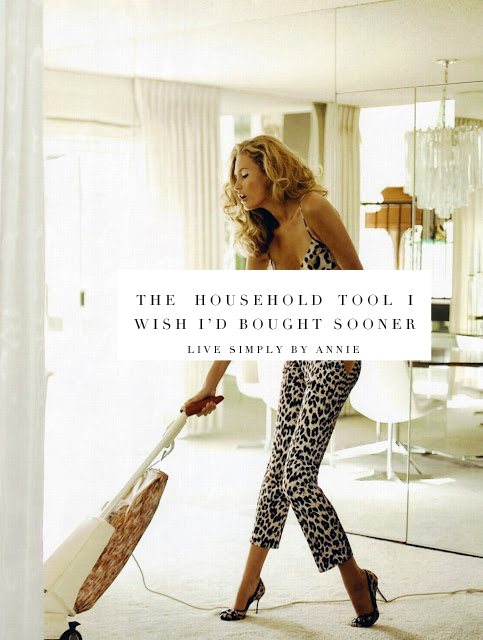 There’s a moment in life for all of us when we realize that we can continue the cycle of pacifying our needs with inferior versions that will inevitably disappoint us, or we can grow a pair of boobs, admit to ourselves we’re sick of the cycle, and instead fix our efforts on attaining the ideal version we actually want and need, that will in the end most certainly equal the heartache and hassle of the four or five or more attempts at replicating it and then some (we are still talking about vacuum cleaners, to be clear. I am.)

I logged onto The Amazon. I typed in the words “Miele S2121 Capri Canister Vacuum Cleaner

” I clicked add to cart. I checked that dang cart out and you know what happened after that?

Not a week later a big old box showed up on my front porch and I was seriously like a kid on christmas morning. People use that comparison a lot, but I promise, it has never been more apt than here and now. 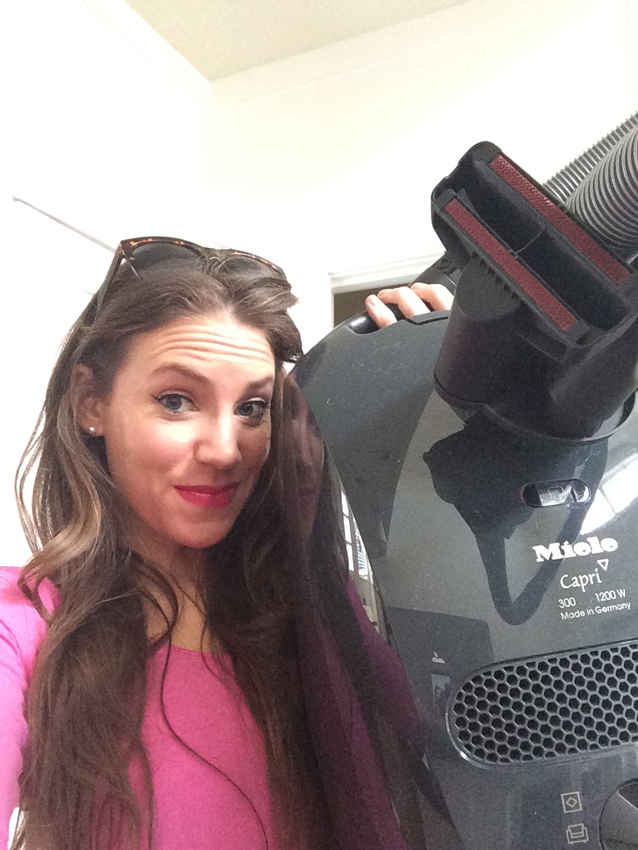 Only selfie I’ve taken in like, ever. Saying something.

Three or four months later, and the thing I regret most is that I waited as long as I did to buy the thing.

My point here is not that you should buy the vacuum I did (although you like totally should because it’s the best vacuum cleaner ever and makes me feel happy literally every time I use it because it does what it’s meant to so freaking well, is gloriously lightweight, has all the attachments I need, and has a built-in cord rewind function–HELLO!), but to encourage you to woman up and procure for yourself the things you feel you really need to be your best self.

Sometimes, things are important, after all.