Just A Phase: Move On With Your Life Without Amassing Clutter

These smaller scale phases vary in quantity and frequency from person to person; there are some individuals who settle on certain habits, practices, and meals and who are content to stick with those things for a very long period of time. And, there are those whose phases of interest are shorter, who more commonly bounce from hobby to hobby, workout to workout, diet to diet.

(For the record, neither way is right; so long as an individual is striving to figure out what works for them and helps them to be their best self.)

Both types of people described nonetheless enter and exit phases. 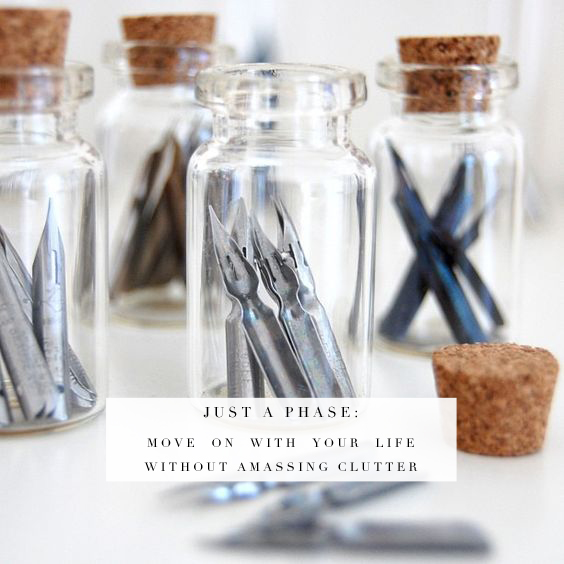 For instance, maybe you’re in a painting-your-own-nail phase, rather than going to a salon. In order to enable that, you stock up on a whole lot of nail polishes.

Or, maybe you’re in a bread-baking phase, so you invest in a gamut of flours, bowls, a breadmaker, and so on. Your bread-baking frequency constitutes buying yeast in bulk, as well as lots of disposable loaf pans for giving loaves of bread away.

Or, maybe you’re going through a phase wherein you’re really passionate about calligraphy. So you take classes, you buy all the nibs and pens and ink. You buy specialty paper. You buy books on perfecting penmanship. You equip yourself with all the things a person might need for beautifying the art of writing by hand.

Or, maybe you’re in a cycling phase, and so you purchase a bike, cycling shoes, and a whole lot of those padded underwear things that are the bane of my existence because they positively refuse to be folded.

And then something changes for you.

Your values shift, and so, therefore, do your free-time activities.

Your work life becomes more demanding, and you seek balance by treating yourself to the luxury of having someone else paint your nails.

You uncover a gluten-intolerance in yourself or in your family, and the role of a loaf of bread dwindles in importance. Or, you allocate time elsewhere and start appreciating the convenience of buying pre-made bread. 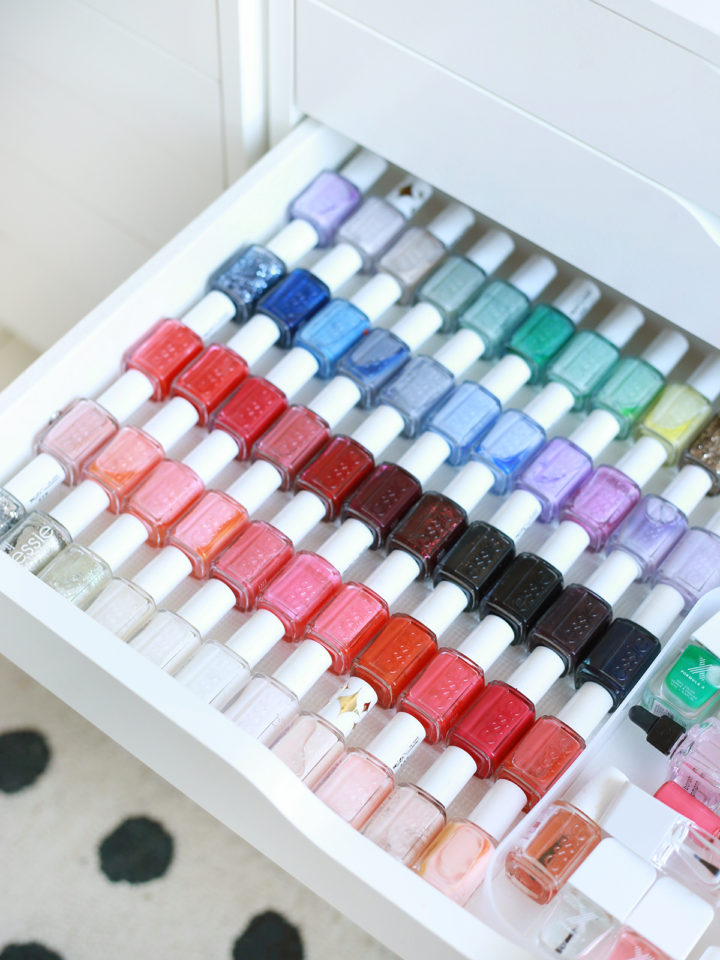 Essentially, these examples might all be substitutes for the phrase and truth, “You move from one phase into another.” A.k.a. “You evolve.”

Trouble is, these phases, more often than not, involve a collection of supplies–things that ultimately become forgotten in various areas of people’s homes, contributing to their clutter load.

After all, you don’t close the door on those supplies one day knowing it’s going to be the last time you ever use them. Change happens more gradually and more unexpectedly than that.

Here is where people usually get trapped. Or, delude themselves, as the case may be.

They figure that since they’ve already gone to the effort, and already expended the resources, to collect said supplies, they might as well hold on to them. Because, after all, they might return to the phase in which the items are relevant.

It’s not an entirely illogical line of thought: it is possible that you would pick back up needlepoint. Sure, that’s conceivable.

But the truth is to be found by following that belief down to its nitty gritty core.

It is accessed by asking yourself such questions as: 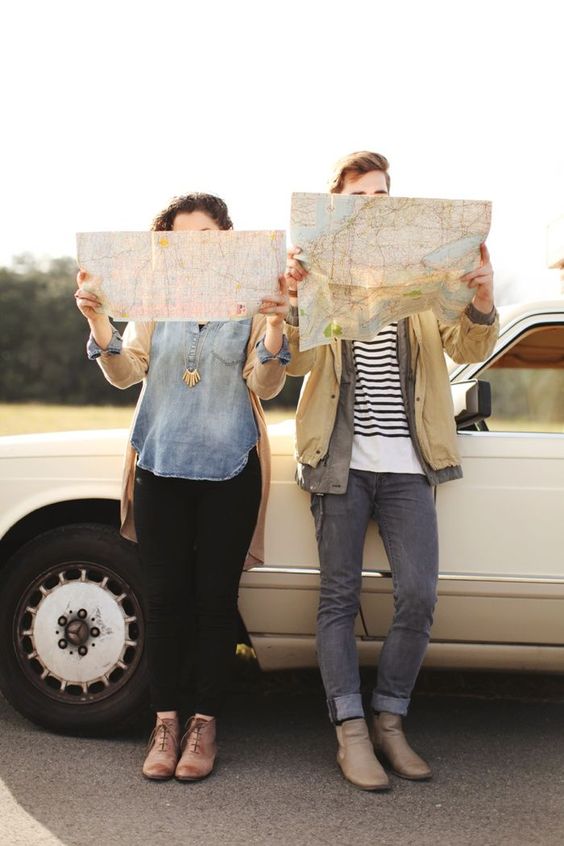 The thought of returning to old phase might feel comforting and familiar, but, if we’re honest with ourselves, we usually realize that what we’ve outgrown will never again fit us as well as it once did.