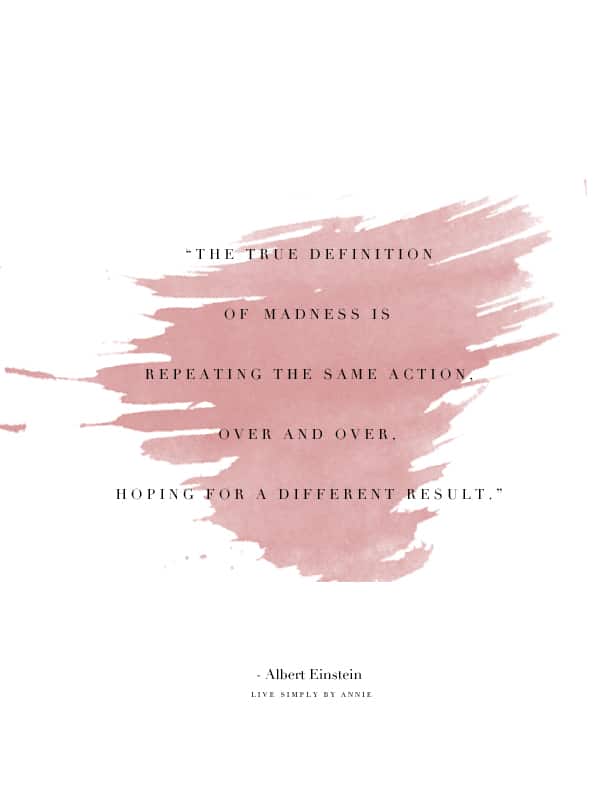 We are creatures of habit.

We fall into routines, we bind ourselves to behaviors, we take things to be as they are based upon the fact that it’s how they’ve always been. We are as adept at forming bad habits as effective ones, and some of us spend whole lifetimes repeating patterns despite knowing full well that they result in us feeling lousy.

We forget that a new choice lies just on the other side of our losing habit–like two sides of a coin that we alone have the power to flip at the moment we fully commit ourselves to change.

But behavior is so hard-wired into us that harnessing the power to flip that coin can be a tremendously difficult task. When and if we do, it’s nothing short of monumental–if we stop to recognize it as that.

A couple of weeks ago, I found myself in an eerily familiar situation. It was a different time, perhaps, with a different person, and with different context, but the overall construct was the same.

For a moment it was overwhelmingly frustrating–how had I, after all this, come to reach this point, yet again? Hadn’t I vowed not to engage in such situations? Hadn’t I evolved past certain character traits in others? Evolved past being at the whim of them? I mean, what the eff?!

And then it hit me: I had been brought or I brought myself or by some cosmic force arrived at this moment in order that I be able to demonstrate to myself just how far I’ve come. It wasn’t contrary evidence to my growth, but an opportunity to seal the deal, put my thoughts and beliefs and internal change to external application. If it was a chess match that had always resulted in identical positioning–and in the past I’d always made the move that sacrificed my queen or however it works when you totally blow it for yourself–this time I made a different move. And in doing so, I won my game.

Right after, as my fearlessness registered, it was like this hum started somewhere in me, real quiet like. The more I paid attention to the feeling, the more pronounced it became. And quite possibly because I was simultaneously exercising, and so maybe the endorphins combined with the feeling thing or maybe they became one, I felt excitement spring from my fingerprints and happiness–or maybe it was relief–pound through my pinky toes, until–I am on top of the world!

(What’s the takeaway here because I, for one, am sitting in a hotel room in Mexico City as I write this and my eyes are getting so tired it’s hard to see and I seem to be skating around the point, but you’ll forgive me this one time, right?)

– It doesn’t matter how much practice, growth, reflection, or adoption of new habits or behaviors it takes: we can all change.

– There will be a moment for each one of us where we’re challenged to prove it. The moment before we do will be the scariest, as we wonder whether we really do dare to try a new way.

– Every time thereafter that we choose this better way will further establish it as the only way.

– This is why we must always choose behavior wisely, live with intention, and, when the moment calls for it, stick to our frickin’ guns. Which here, is oddly another word for love.