7 Decorative Solutions For A Non-Working Fireplace

You might, at one point or another, find yourself in possession of a home which possesses a fireplace which does not work and which you won’t have repaired so that it will work anytime in the foreseeable future. And when you do, you will be thankful that once upon a shooting star you read this post. Maybe.

1. Stack some wood in it

Logs belong in the fireplace anyhow, and so a hefty stack looks right at home in an alcove formerly known as a fireplace. They fill the space quite sufficiently, and they also inject a certain rustic, architectural element to the space. 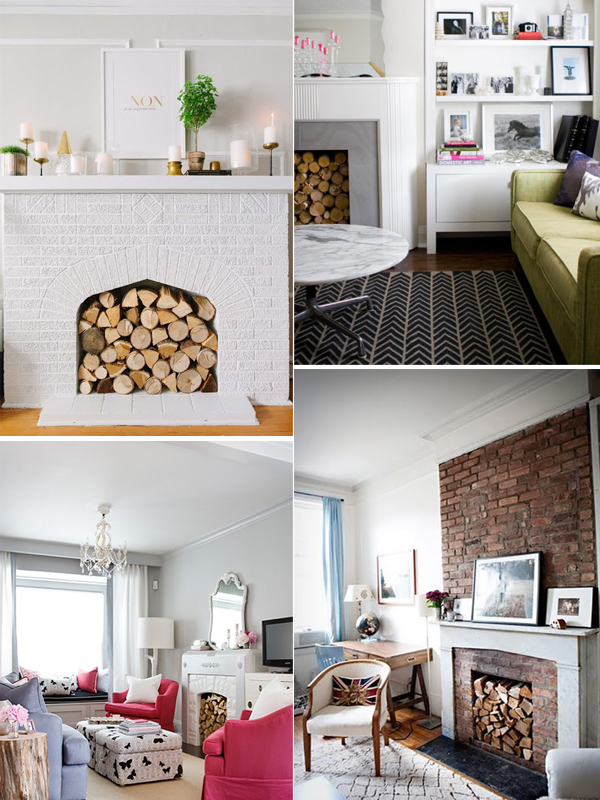 2. Stack some books in it

Because the best way to convince yourself and your guests of your literate status is by preferring the product, not the source (thats: paper over stick).

This look makes absolutely no sense in real life, but still somehow manages to please the eye, don’t you think?

3. Use it as an alcove for toys

These two illustrations don’t belong together in truth, one depicting using the non-working fireplace as a vacant alcove and the other showing how you might install shelves, but being both child-related as they are, they were joined and that’s all I’m apt to say about that.

Speaking of ways to disguise the TV, a fireplace may provide a place for your tube, and in return, your set can play a channel that plays nothing but a crackling fire.

These things exist. I know because I stayed at a hotel with such a channel and I was momentarily transfixed by it, until I clicked on to a blond, British chef making some quinoa cake or other and I was all “new food guru!” Cue me obsessively watching Gordon Ramsey episodes on YouTube for three weeks straight afterwards. Apparently he’s mean? I don’t believe it. 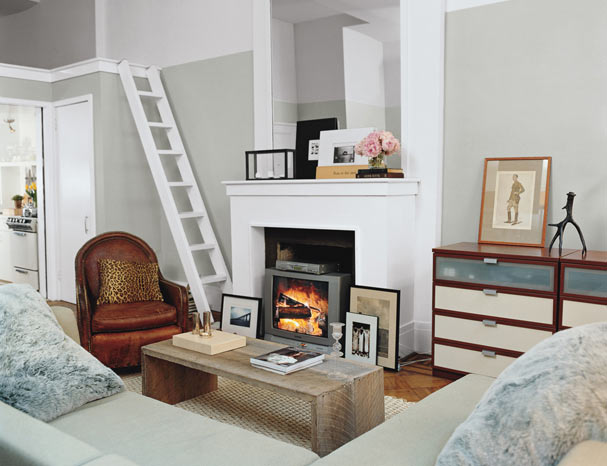 Make a statement by placing a few, select decorative objects in your non-working fireplace. A forty-pound disco ball will do it. 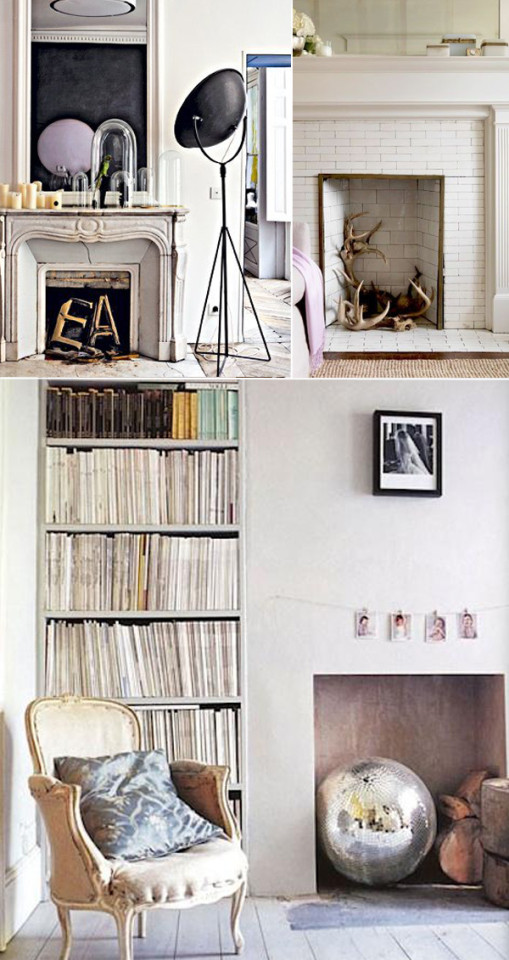 Bust out your crafty side and create a faux-fire display.

Your guests will be all, “Really? Cardboard? Why, you can’t tell it from the real thing.” Just like Cary Grant examining imitation jewels in To Catch A Thief. 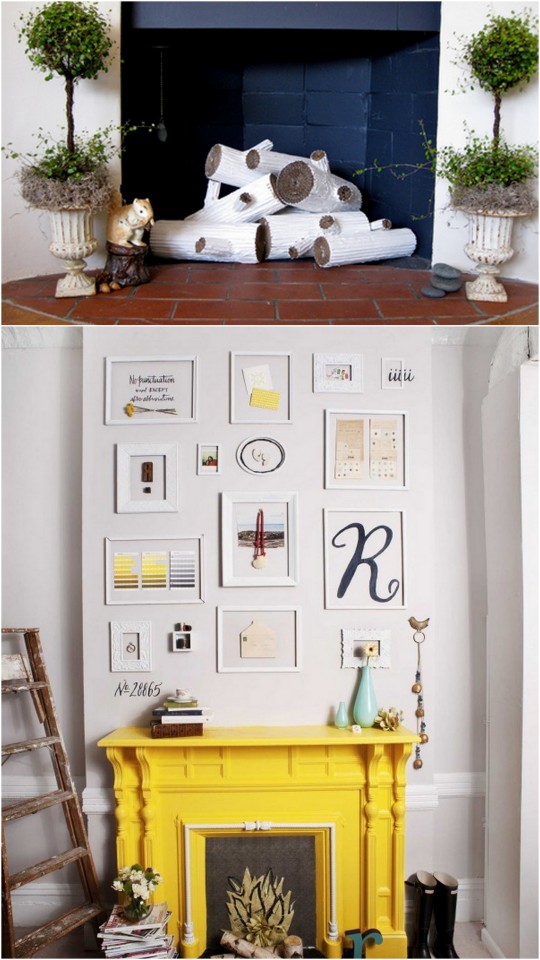 7. Any flame will do

Now this last idea is one that I believe most of us should be able to get behind–candles in the non-working fireplace. It’s logical, it’s Simple, and, dare it say it? It might even be prettier than the real deal. 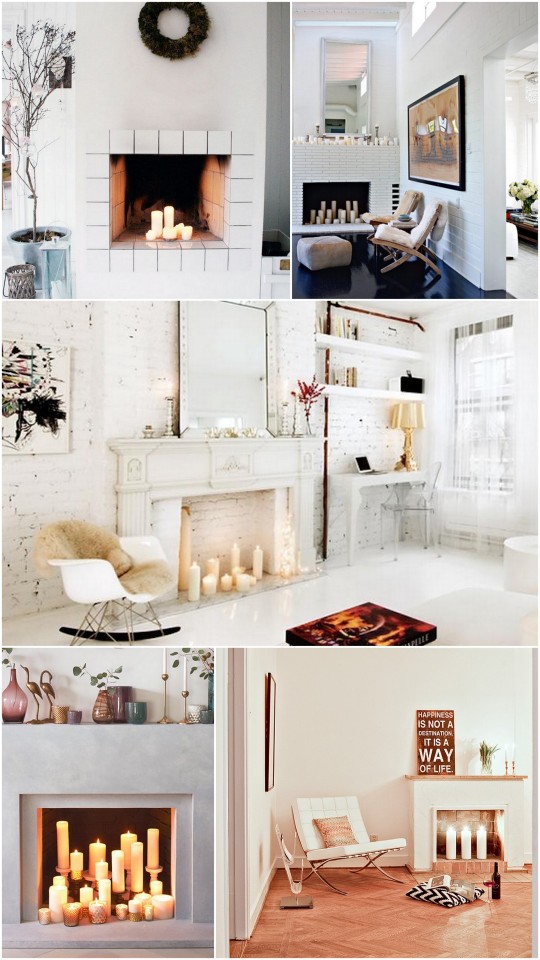 Image credits: Jeanette Lunde of Fryd + Design- By Fryd, Holly Becker of Decor8 Decorate: 1,000 Design Ideas for Every Room in Your Home

The moral of the story seems to be: do essentially anything with a non-working fireplace decor-wise and you instantly quiet the otherwise loud proclamation “I DON’T WORK.”

Your guests will understand your alternative use of the alcove to be a purposeful choice that no doubt reveals your elevated sense of style.

“Non-working? Who, us? Why we just prefer the glimmer of a thousand tiny disco ball squares to the warm glow of a traditional fire, is all.”