Batteries Are About To Get So Much Easier

There are some weeks where I feel as though I’m living in the Live Simply version of Groundhog day; the client woes repeat themselves, the chants of never being able to find certain items meld into each other, the lack of any discernible system for a given set of belongings becomes blatantly apparent and so widespread that, finally, as Bill Murray would certainly have done had he found himself caught in a never-ending day circa now, I’m compelled to take the blog about it.

They’re bad. And by “they” I mean “you” as it regards batteries.

(Relax, I know this is turning out to be the super thrilling, really gorgeous blog content you had so hoped for, but stay calm enough to catch the thesis here, eh?)

It seems as though you all have a good helping of batteries rolling around your casas. Only you aren’t positive of where precisely it is they’re rolling around. Or! You do know where they are, but are positively clueless about whether they’re freshly hatched from a Duracell box or dead as Punxsutawney that one day Bill snaps, kidnaps the creature, and drives it off a cliff. I mean, I think I remember that happening anyway.

So, here. I’m going to throw you a dumb old bone. Dumb because batteries, not you, for the record. Because as it turns out, batteries are really easy to organize. Just for you: 4 options for storage, plus a charger, and a tester, and a pear tree, while I’m at it. 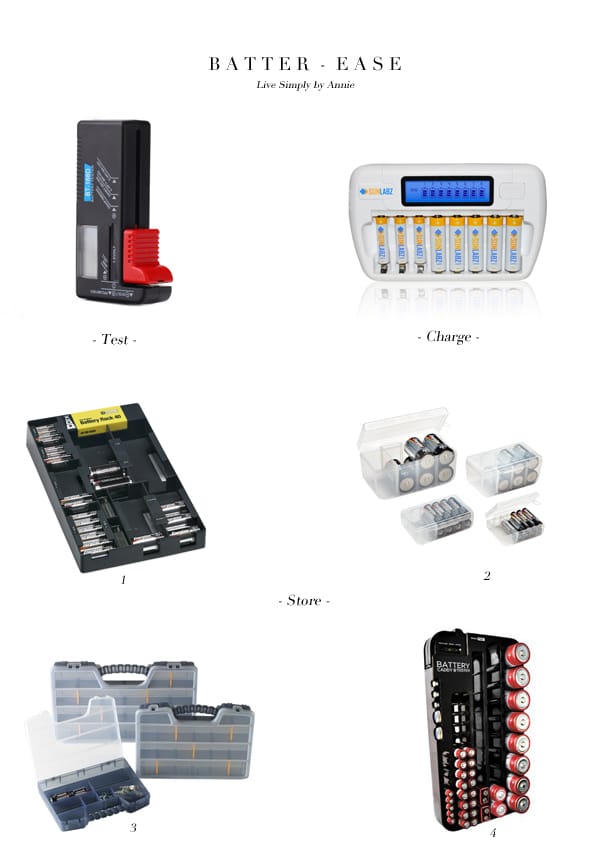