Spotlight On House Of Honey

[Massive apologies to my email subscribers for the lack of notifications this week. Some back end glitches, blah blah blah. But we’ve been getting down with the blog all week in spite of that! Make sure to catch up on the latest; titles found in the sidebar. Otherwise, come next week, you run the risk of having no clue what we’re talking about and who’s dating who. Oh, this isn’t a tv show? No seasonal story arch? Ah well then, you’ll probably be fine. But read them anyways ’cause better Simply than sorry.]

It was the following image, featured in an old issue of Rue Magazine, that initially piqued my interest in House of Honey and its founder, designer Tamara Kaye-Honey. 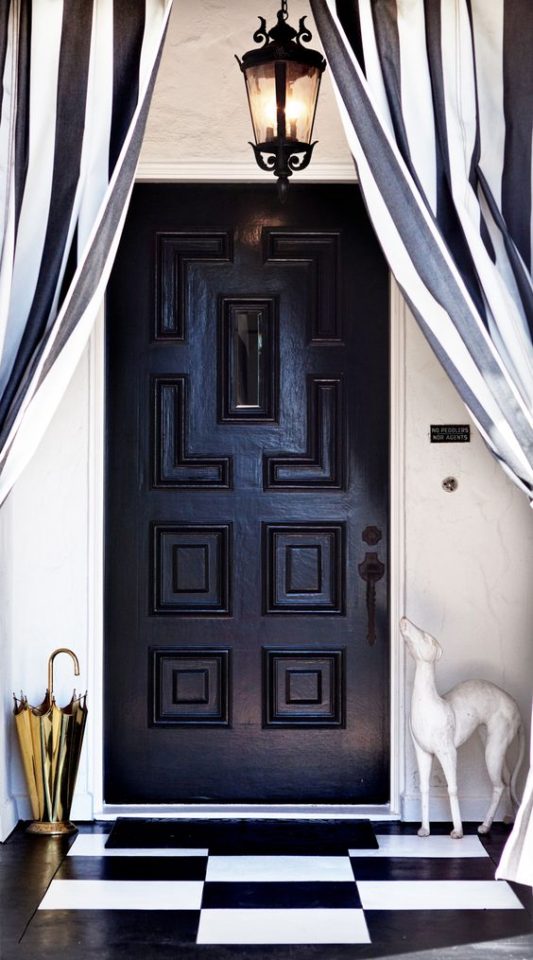 A double-dose of varying black and white pattern–stripes and checkerboard, respectively–combined with an all-black, geometric door, and not one but two effortlessly glamorous entryway accoutrements have a way of etching into your memory. And so it was that I thought to check back on what the designer responsible for the frontdoor ensemble had recently been up to.

The findings? Evidently, Tamara had been busy resuscitating a home for which the term “fixer upper” would be highly euphemistic. And just look at what gold she done spun it into… 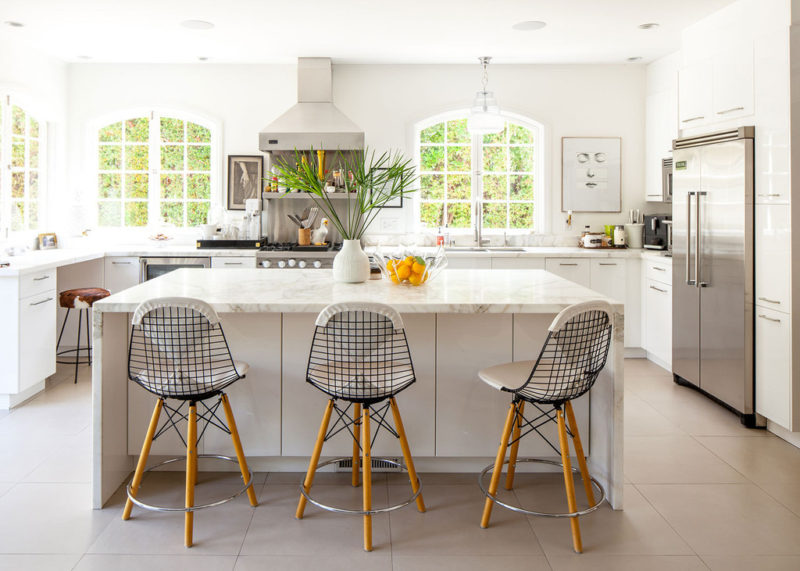 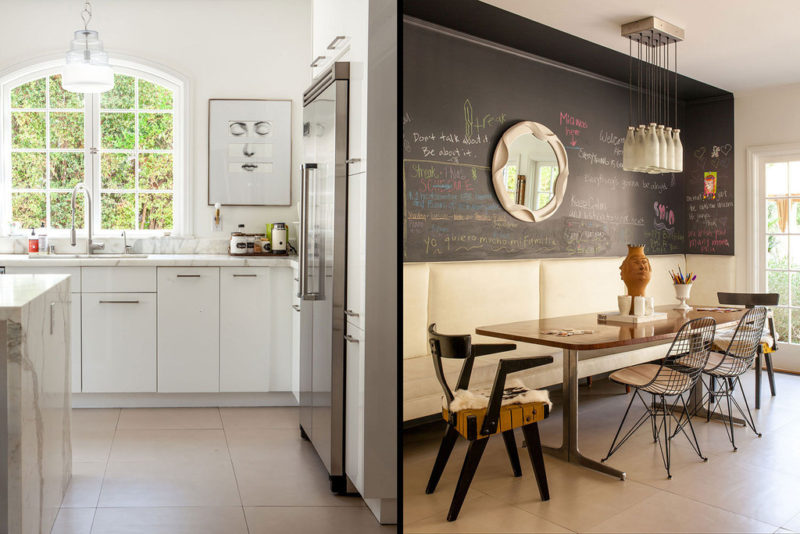 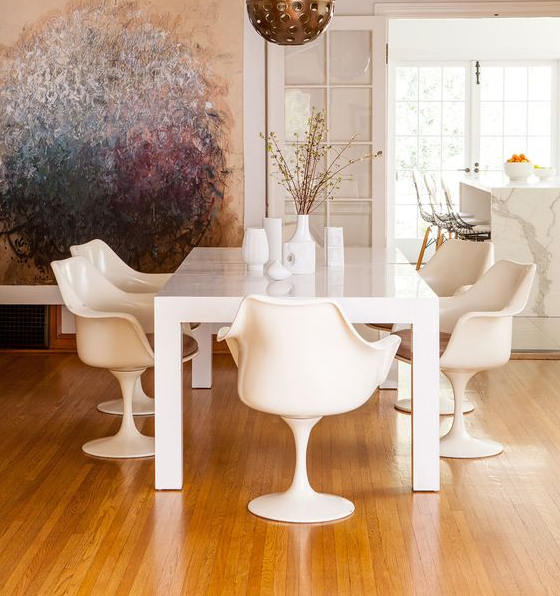 The star of the show has to be the attic suit, replete with master bath, bed, and even a little workspace.

I’m fairly certain that a mostly-white palette punctuated by exceptionally gorgeous antique brass fixtures would look good in most applications; in this attic space, it’s even more effective. 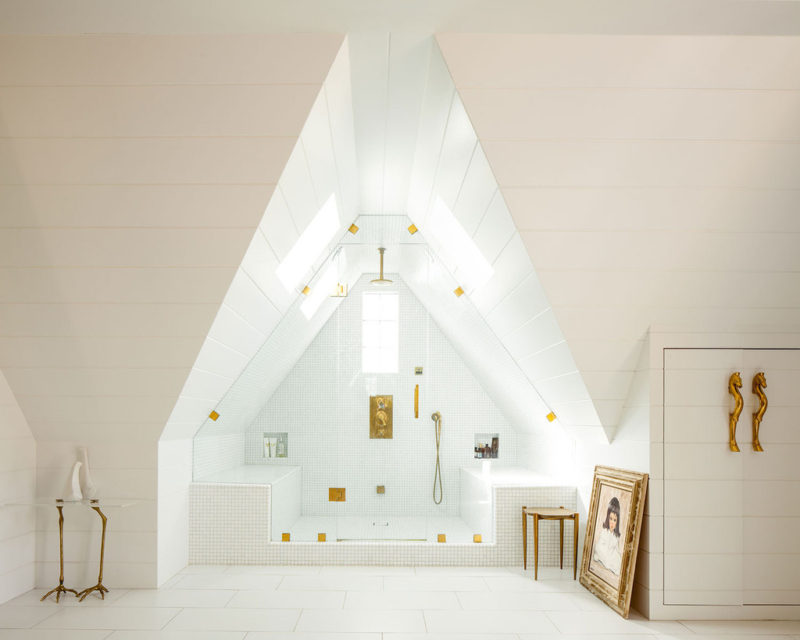 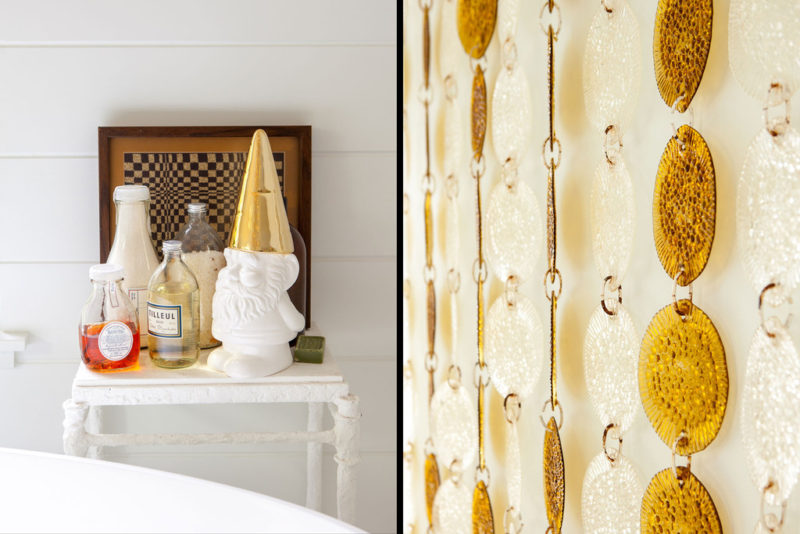 The unified level, at once restrained and distinctive, gives one the impression of a fabulous swiss spa, or a highly covetable nordic-californian airbnb, whose owners are far too stylish and worldly to stay at home, and so are off on a perma-jetsetting spree. Call yourself lucky to lay your head down here for a night, guest. That type of thing. 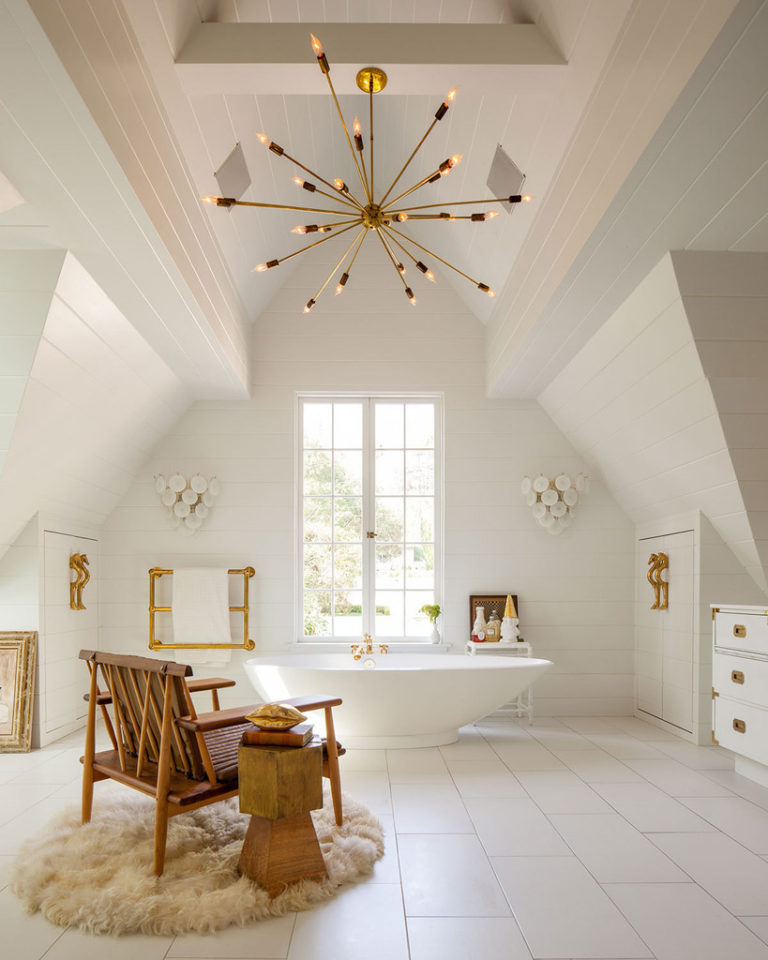 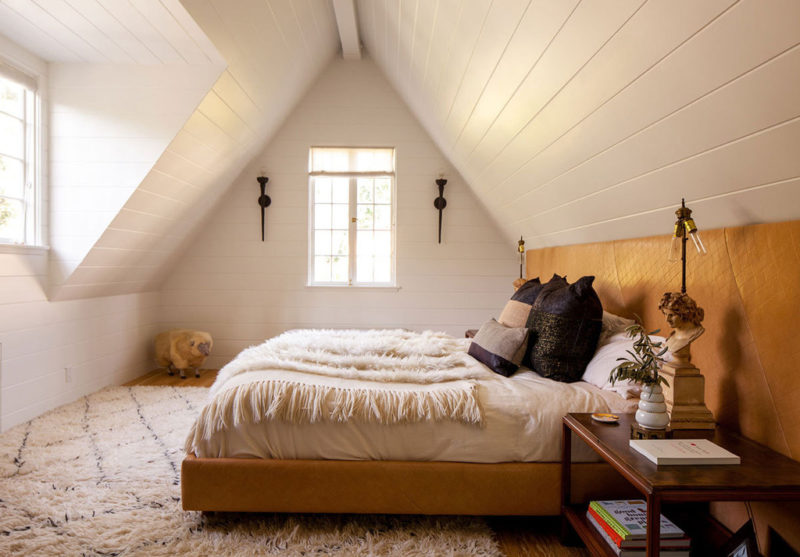 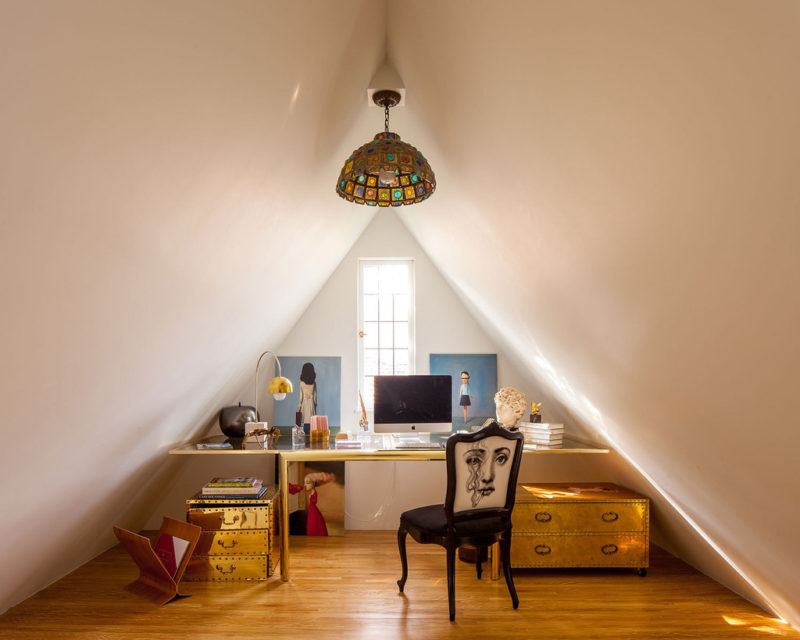 Thank you Lady Honey, for reminding us there is the potential for beauty everywhere, even in spaces with ceiling slants severe enough to undoubtedly cause several mild head injuries.