Monday’s Meditation: On The Kinds Of Personal Statements You Should Be Wary Of Making 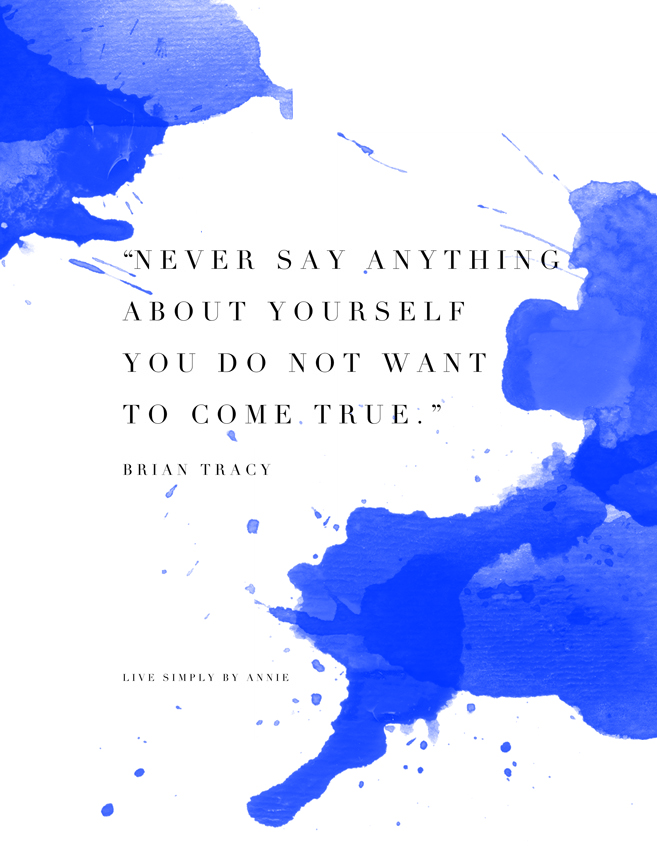 As of late, I’ve been apt to notice the tendency with which people make statements like:

“I have a really hard time getting rid of these kinds of things.”

These negative self-identifying statements we make all the time without, I’m sad to say, any regard to their impact. Since every single thought and every single utterance influences how our lives unfold, it’s vital that we begin to recognize such statements as what they really are: self-fulfilling prophecies.

When we decide to identify ourselves as being a certain way, our minds edit out of the picture any other possibility to the contrary. We resign ourselves to behaving in such ways in the future, unconsciously setting up situations in which we can, once again, prove ourselves right.

We use these statements of belief to excuse our behavior, to give ourselves permission to go on being that way. We say them over and over again so that no one will expect anything else from us, and mostly, we say them so that we won’t ever have to call upon ourselves to change.

True, a statement about yourself may have been true in the past. But it doesn’t–nothing does–have to be true about you in the future.

We are fluid beings, after all, creatures who are constantly in flux. By attaching observational statements of our habits or tendencies to our core identity, we eliminate the possibility for change.

Should you acknowledge personal tendencies or beliefs about yourself you’ve carried in the past? Yes, definitely. But should you continue to assert them? Only if you want them to continue being true in the future.

“In the past, I have done a poor job of keeping track of details. But I am willing to act differently now.”